This page details prerelease information and/or media for The Legend of Zelda: Ocarina of Time.

Screenshots and trailers released prior to the release of the game showed four different interface configurations, which are used here to demarcate the different periods of the game’s development.

Info Yet to Be Incorporated

Rescued from the OoT Notes page:

The following images are from a cutscene that is no longer present in the final. It seems to show a situation similar to "learning a song" cutscenes with Sheik backing away and Link running after him. 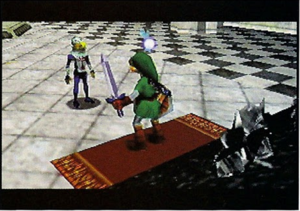 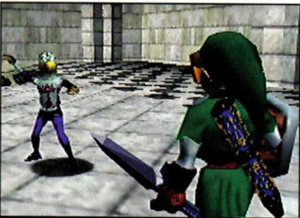 The medallion symbols around the perimeter are represented by the same colors as the unused medallion gi models. The white light medallion and black shadow medallion are easily visible, but it's hard to tell if the spirit medallion is yellow, though it is likely. It is unclear who is standing on the Forest(wind)Medallion, but given the point of development, it is likely Saria. 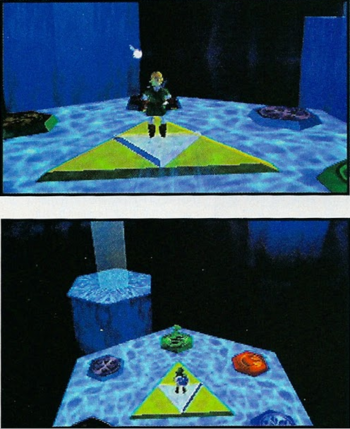