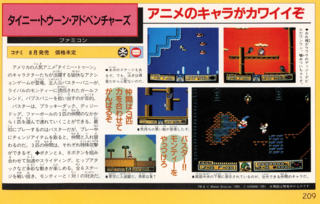 A preview found in the Japanese magazine's June 28, 1991 issue. A line at the bottom of the article mentions that the screenshots are work-in-progress. 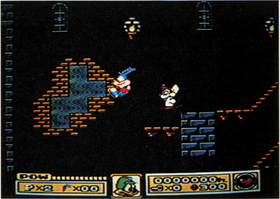 This enemy looks quite different. Aside from its coloring, the stripes on its jacket are missing and the placement of its legs and arms differ.

Furthermore, the enemy appears to be jumping to a lower level. In the final version, this enemy only jumps in such a way if you slide underneath him.