Tiny Toon Adventures is an NES platformer based on the 1990s cartoon, with gameplay taken from Super Mario Bros. 3. Literally.

Stage Select and Player No Damage 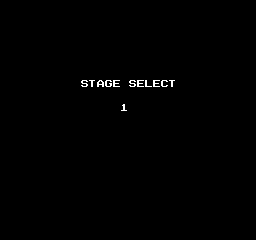 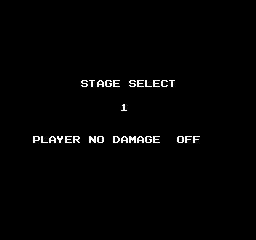 Although the US and European versions normally have this option disabled, you can enable it by using the Game Genie code OESGKTPA (US) or OAXKVYPA (Europe).

MAST means it's the "master" version, and the numbers represent the date. As a result, we can tell that this build was compiled on August 9, 1991. The dates are the same in all versions.

What appears to be a set of teeth, found in the same sprite bank as the chandeliers of Stage 6. These were likely meant for a trap similar to one in the final stage of the sequel.

Two unknown blocks, found in the graphics bank of Stage 1-3.

Unknown pillar graphics, found in the graphics bank of Stage 1-3.

Present in the graphics bank for the backgrounds of Stage 2-3 (pirate ship) are tiles for a cannon.

A reconstruction of the cannon. May not be 100% accurate.

Unused background graphics for Stage 5. Probably a reference to "The Persistence of Memory" by Salvador Dali, as the clock(?) seems to be hanging from a tree branch.

Unused slope tiles found in Stage 5's graphics bank. They look like early or alternate graphics for the ramps in the 2nd section of the stage.

As with most games Konami published in the '90s, Tiny Toon Adventures has a copy-protection routine. At the start of the game, the partial CHR ROM checksum is calculated to ensure its consistency (for CHR banks $38-$3B, sum total of four 256-byte blocks at $0000, $0500, $0B80, and $0D00, which contain the graphics for the Konami logo and fonts for the copyright string), and a flag is clear if there's a consistency failure.

The Konami logo was redrawn for the European release.

Plucky appears miscolored in the ending if you defeat the final boss as him. His sprite was edited (removing the outline) and recolored to fix this for the Japanese and European releases.