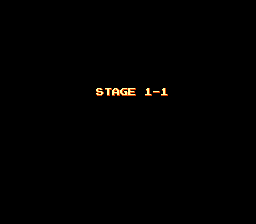 A stage select can be accessed when starting a new game by using Pro Action Replay (PAR) code 7E1D7E01.

At one point, the game had a way to enable this by pressing Up, Up, Down, Down, Left, Right, Left, Right, B, A (likely at the title screen), at which point a sound effect would play and the stage select would take effect upon starting the game. 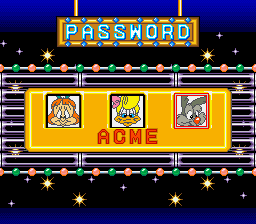 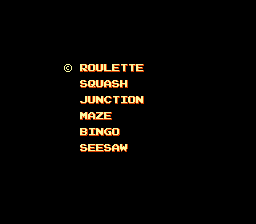 Entering Elmyra, Shirley, Calamity as a password will take you to a menu allowing you to play any of the between-stage minigames, and view the roulette wheel cutscene.

The selections in the menu itself do not use the actual names of each minigame. The table below tells which minigame corresponds to each selection.