From The Cutting Room Floor
< Proto:Ratchet & Clank: Up Your Arsenal
Jump to navigation Jump to search

This is a sub-page of Proto:Ratchet & Clank: Up Your Arsenal.

The earliest publicly available build of Ratchet & Clank: Up Your Arsenal, Build 344.0, compiled on May 26th 2004, at 12:38:28. Labeled "FOCUS344", this build was apparently the first ever build of Up Your Arsenal they used for focus testing, according to developer Mike Stout. It has lots of placeholders, leftovers, and a lot of cut content. 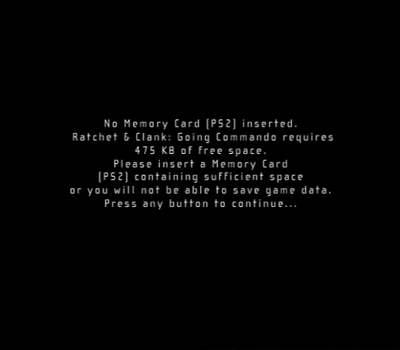 The No Memory Card inserted screen just uses the one from Ratchet & Clank: Going Commando. This obviously only appears if you do not have a memory card inserted. 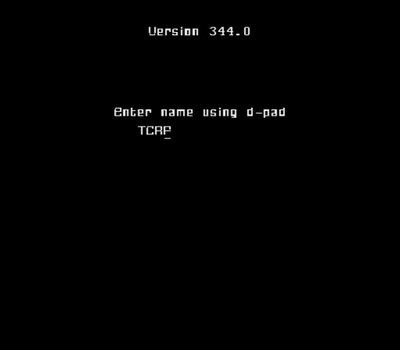 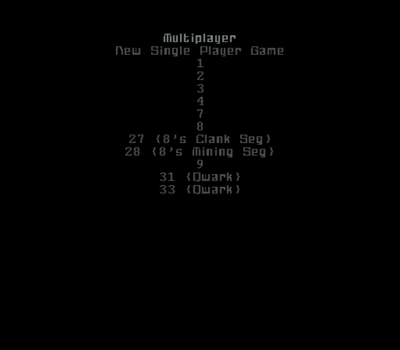 In this build, you are required to enter a name upon first loading it up, this is likely because the online multiplayer needs a username.

The main menu also looks very different from the final game, it's just a list of the levels included in the build along with a "Multiplayer" and "New Single Player Game" option. 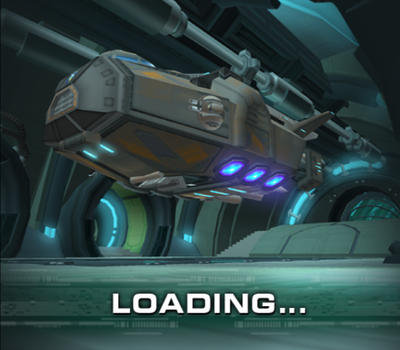 Entering Multiplayer will send you to this screen, but it will crash upon loading due to it missing the Multiplayer level it tries to load. 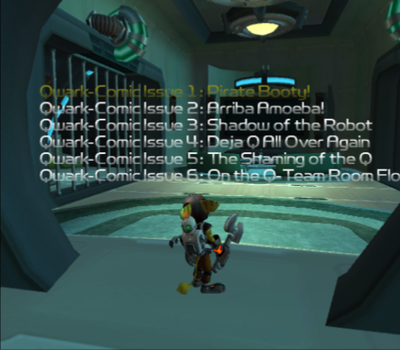 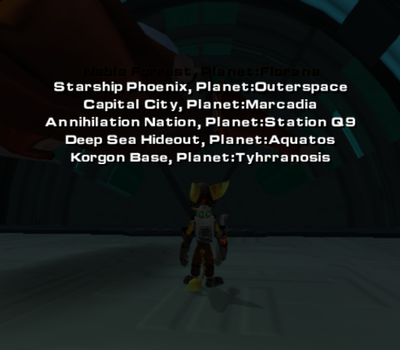 By either using the Ratchet Armor debug option in the debug menu or editing the address 20144808 to any of the IDs below, you can access all of the armors that are available in the prototype.

And below a few leftover skins from Ratchet & Clank: Going Commando.

Changing the values of the addreses 2014475A and 201987E8 to 03 will allow you to equip the Thruster Pack which is completely left out in this build and has no method of equipping without memory editing.

The effects for the Thruster Pack are missing, but otherwise it works just like the one from Ratchet & Clank 2. 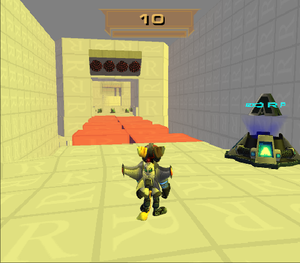 There is a leftover of the Levitator from Ratchet & Clank 2 in the game. The addresses you need to edit are listed below:

In the prototype, we can only see Qwark use two guns. However, he actually has 4 guns at his disposal that can be equipped with memory editing. The addresses you need to edit are provided below:

Setting your completes (challenge mode) to 1 in the tuning debug option will allow you to accesss some normally unusable/unbuyable weapons. Like a Ryno III weapon upgrade, Bomb Glove leftover from Ratchet & Clank: Going Commando, Plasma Storm and Qwack-O-Ray.