This page details one or more prototype versions of Skullgirls.

The earliest public prototype of Skullgirls is dated September 16, 2005, over six years before the game's release. Nearly everything in these prototypes except for character design was discarded in the final game.

Skullgirls restarted development twice: once after original programmer Ryan Tharp was replaced by Zinac, and again after Zinac was replaced by Mike Zaimont (the programmer/designer of the final release). Each time, almost all of the art, programming, and game design was overhauled.

The massive amount of changes make direct comparisons very difficult, as the prototypes share little in common with the final game. 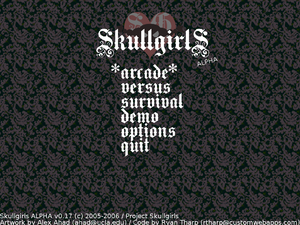 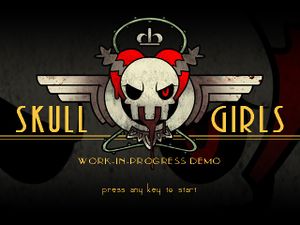 Several different logos were used for the prototypes' main menus. 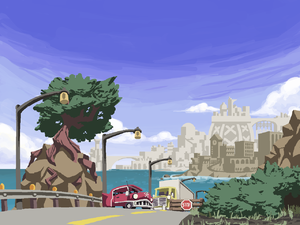 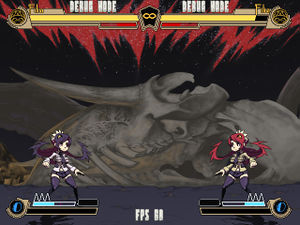 None of the stages created in the pre-Reverge Labs prototypes made it into the final game. Courtyard, despite appearing in prototype builds of modern-day Skullgirls, was never completed or released. 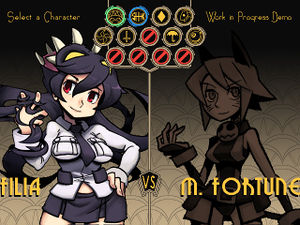 Earlier character select menu designs only displayed a single character at a time, requiring you to scroll through all available characters. Later designs realized that was a little silly.