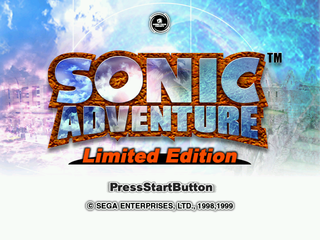 Sonic Adventure Limited Edition is a version of Sonic Adventure that was available from Hollywood Video rental stores in July 1999 - two months before the game's western release.

The internet features have been disabled in this version of the game due to its early release. However, the internet option in the main menu can be used like any other menu button despite looking inaccessible at first. If the player attempts to access the internet features, an advertisement for the Sonic Adventure Homepage will play instead.

When the advertisement is over, the player will be sent back to the main menu. 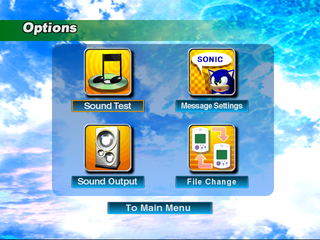 The language is set to English by default and the option to change languages hasn't been added to the options menu yet.

The language setting is very incomplete in Limited Edition. Notably, the only options are English and Japanese (The files and slots for the other languages are present, but their contents are in English, so there's no difference in-game) and the main menu is always in English, even if the language is set to Japanese.