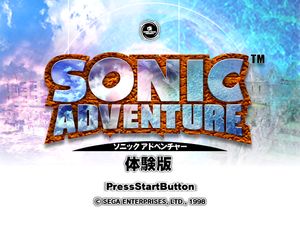 The title screen has extra text at the bottom which translates to Taikenban.