This is a sub-page of Proto:Sonic Generations (PlayStation 3, Xbox 360, Windows).

The 20-Day Demo was a demo of Sonic Generations that was released for Sonic's 20th Anniversary (June 23, 2011) and was available to play for 20 days. By default, it only allows the player to go through Green Hill Act 1... but cracking it open reveals a ton more, including a fully functional Act 2!

If you still have said demo, to run it on Xbox 360 simply disconnect from the internet (you do have to be signed-in, though) and change the date to that 20-day range. On the PS3 this is a little harder, as you have to modify the console to change the system date the game reads from rather than the date you can access normally.

The title screen has a half-untextured Green Hill background (the half-untextured-ness probably as a reference to the storyline) as well as a counter showing how many days are left to play the demo.

At this point, the game contains way more leftovers than the final, such as the Werehog's life icon:

These files are unused in this version and the final. (Images here may show used items, but do contain unused things as well).

The demo contains 16-bit versions of Sonic and Robotnik, presumably to have been used on a loading screen at one point.

The Sonic one is used when you modify the demo to dev mode (and even then only the walking frames are used), however the Robotnik one does not show up.

Another Sonic life counter is present in the demo. While it was used at one point, it was scrapped for one reason or another. 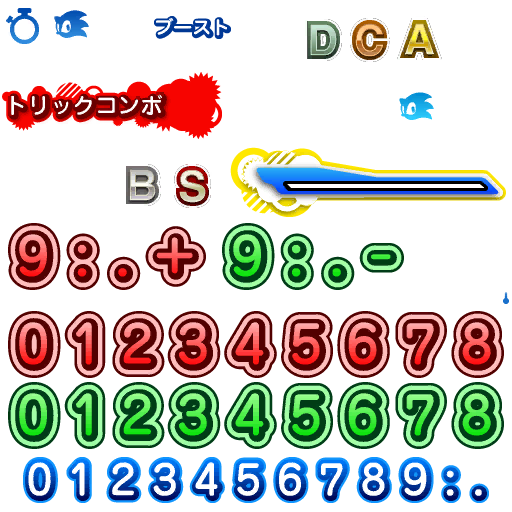 Oddly, while Classic Sonic is correctly referred to in the game's code, Modern Sonic is referred to as "Generic Sonic".

Retrieved from "https://tcrf.net/index.php?title=Proto:Sonic_Generations_(PlayStation_3,_Xbox_360,_Windows)/20_Day_Demo&oldid=870158"
Categories:
Cleanup > Stubs
Cleanup > To do
Subpages