The Dream Weavers world is where things start looking really incomplete. Almost no fodder (if any fodder at all) appear in any of the levels in this world, and from this point onwards, gem values lower than 5 begin appearing much less frequently (if ever). Most of the gems in this world are yellow (10) gems, but there's the occasional blue (5) and purple (25) gems. 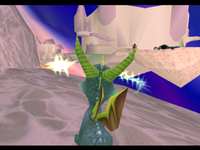 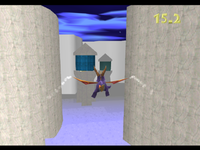