Quizduell im Ersten is an app designed to play along with Quizduell, a German game show based on QuizClash. Everyone can participate in the show by downloading the app, with the players at home forming Team Germany and playing against a small team in the studio. The players are asked questions and have to pick one of four answers. Team Germany's answer is the answer that got the most votes. So who's smarter: a couple candidates, or Germany as a whole?

Who cares? Let's move on to the unused stuff, that's why you're here! 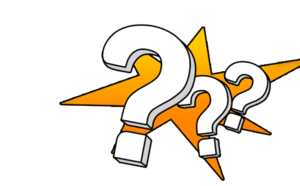 An image for a Random category. It's unclear when this would be used, as both teams always take turns to choose the category they want from a set of three.

The category Gentry (Adel) has two unused images: one is just the background, while the other is just the emblem.

The image for the category Tagesschau (News) was changed after the initial release. The background and the logo used to be on just one image, but they were later split into two images: one is the background, the other is an overlay with a new logo.