Sakurasou no Pet na Kanojo is a visual novel based on the romantic comedy/drama anime of the same name.

The DATA.cpk archive contains several leftovers from a trial version of the game. title_trial.txgtl holds an early, static title screen, while bg_trial.cbg contains a screen advertising the game's release in Spring 2013. The latter's resolution is also 480x272, which is the same as the PSP's screen resolution, but doesn't match that of most of the other scene backgrounds, named bg_*.cbg in the archive, at 496x288. 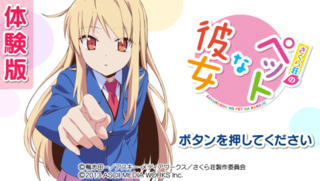 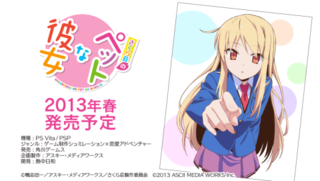 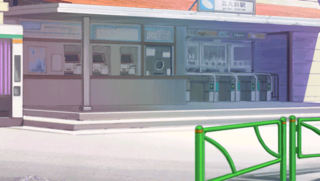 The file bg_test.cbg holds a zoomed in version of BG_JMEM.cbg, and is the only other background image, aside from the aforementioned bg_trial.cbg that has a resolution of 480x272. 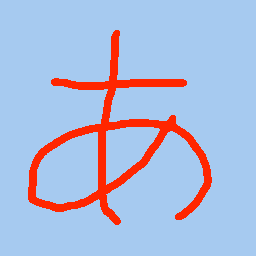 Two files, test.txg and test.txgtl, hold copies of the same image of a hand-drawn hiragana "あ", each in a different format.