Slamscape follows the story of a poor soul who ends up in a car crash and is then subjected to an experimental VR machine. Coming soon to Oculus!

This level appears to be a heavily modified version of the first level. It can be played by entering the following password on the main menu: △, ◯, ✕, △, ✕, ✕, △, ◯. The vehicle used in this level was dubbed the "groove machine" in concept artwork, and is not the final vehicle used in the game. The groove machine can also be seen in the pre-release footage below. 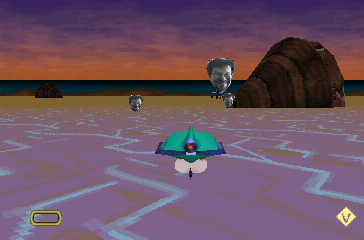 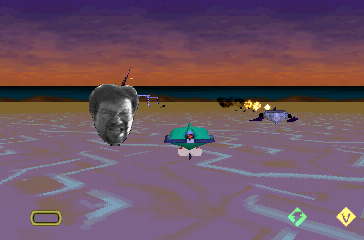 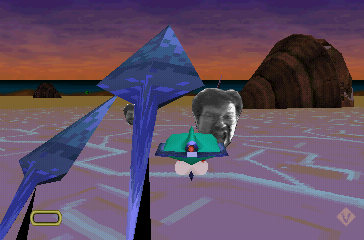 The balloon enemy was re-textured with a human face. This is presumably someone from the development team. There are three expressions, and it functions exactly the same as the balloon enemy. 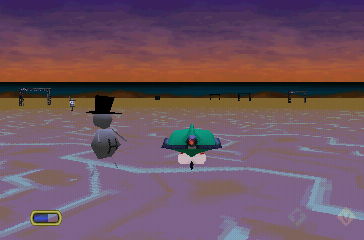 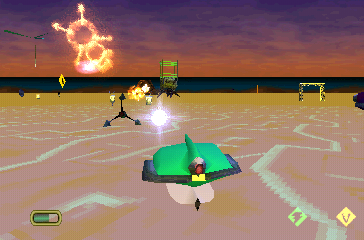 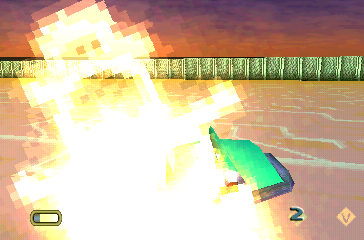 The elusive Hatman makes his appearance in this level. He replaces a teddy bear enemy, and functions in the same manner. A special effect used for explosions and boosting was also replaced with a Hatman outline.

A video titled ZZZZZZZZ.ZZZ can be found on the disc. It features a large amount of pre-production artwork, some early game engine footage, and ends off with roughly three minutes of home video. The video contains two songs that appear to have been written and performed by the game's staff. The video can be played in-game by entering the following password: ⬜, ⬜, ✕, ⬜, ⬜, △, ◯, ⬜.

The video opens with a title card that reads:

Mitch Craig, Greg Colton, and Mark Bloom do not appear in the game's final credits for their art contributions. Each person's name is credited to their artwork in the video with mg, tmp, mc, gc, or mb respectively. The first section of artwork focuses on player vehicle designs. The second section of art starts at 1:10, and features storyboards and scenarios. The third section of artwork starts at 2:03, and focuses on enemies and friendly characters.

The next major feature in this video is early footage of the game engine, and it starts at 3:30. The groove machine is colored red in this footage, as opposed to the green one in the unused area. Basic game mechanics are shown off, making this seem like a pitch video of some kind. After that, there's a random photo of someone mostly obscured except for some bright hair and a brief rotation around a poison dart frog. Both of these appear to have been taken with an early webcam.

The final section of the video is all home video, and it runs from 4:38 to the end of the video. There are two sets of timecode on the bottom right corner, one of which is overlaid on the other. All of this footage is of a band playing at various locations.