The Adventure of NAYU is a relatively short but adorable clicker game.

An unused portrait with either Lugh smiling or laughing. The game always uses the same pose for all portraits, only changing the facial expression, leaving this unused. 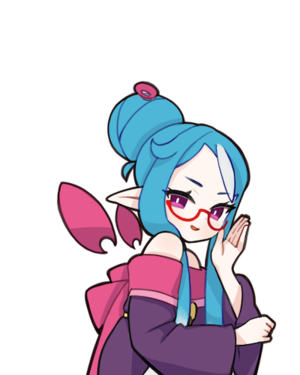 An unused background that is either an early version of the first area in the Story Mode, or an area that is ultimately not in the game. 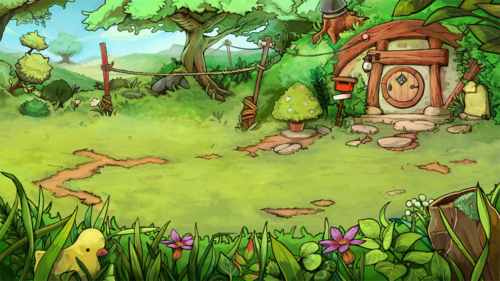 A set of icons with a style and theme that doesn't seem to fit anywhere in the game. Unlike the sketches section below, this is its own unused graphic as there's no in-game equivalent for them.

Two images exist, one of them have the icons colored entirely white. Presumably, the silhouette of these icons would appear at all times, and when the player would unlock them, the actual drawing would appear on top.

A mockup of how these would probably look like is also shown on the table, with the -BG variation behind the icons.

Note: The file names for these icons were originally in mojibake.

Unknown. Possibly related to a screen adjustment option that doesn't exist in the game's options. 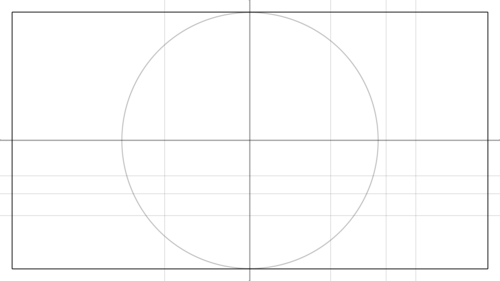 An unused background that was probably going to be used for the Report menu (the menu shows the player's statistics), but the game simply uses the same style as the rest of the menus. 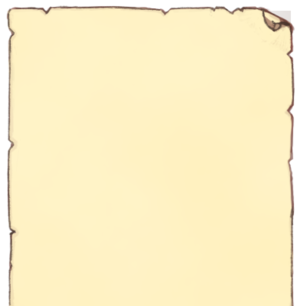 Three unused graphics in the game files suggests that a help menu was going to be in the game somewhere.

Both Shiro and Tatsu had a more tribe-looking aesthetic. Shiro originally didn't had horns but were added on her finalized sprites and portraits, while Tatsu had horns that were removed on his final look.

Rye and Lev also have two sketches, which their portraits were based on. The only noticeable change is that their jackets have a zipper here. There's no zipper on their finalized portraits.

A crudely drawn sketch for the fever meter and button. 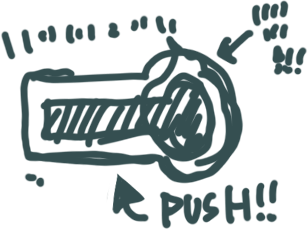 A very crudely drawn image demonstrating the screen when someone joins your party during Story Mode, as well with incorrect English grammar. 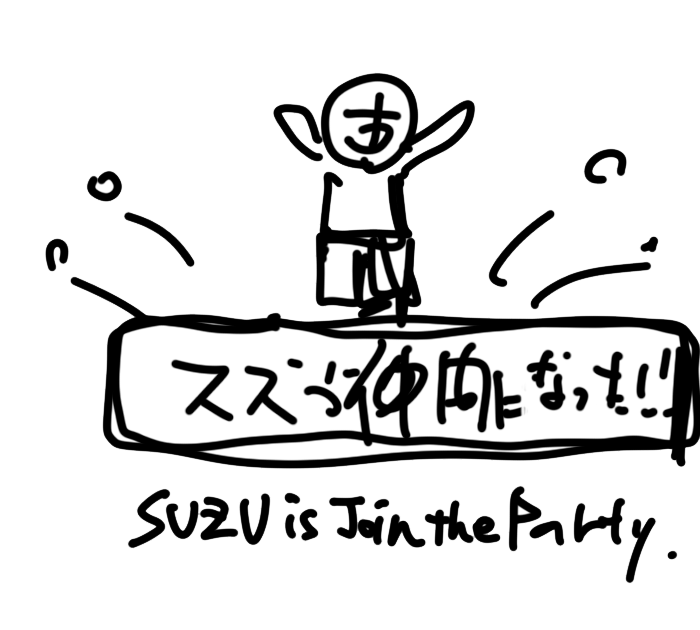 A 128x128 placeholder image that was probably used to check something related to pixels.

A large (1536x1536!) placeholder image for something related to achievements, either icons or items the player would earn. The game actually has 48 achievements in total. 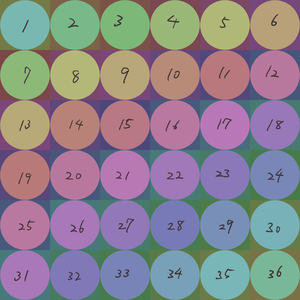 An image that has the dimensions on the image itself, although, the values are placed incorrectly, since the image has 340 in width and 300 in height. 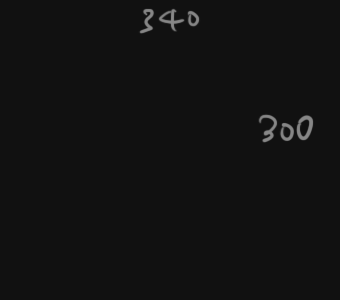 There are several sprite sheets with a green background found in the game files. These contain pre-assembled sprites (the game stores all the character's parts in a single image, and animates them as opposed to using individual sprites), notes, color pallets, as well notes.

A sprite sheet where most of it is just blank space. Rye's portrait was added above the first two sprites for some reason. 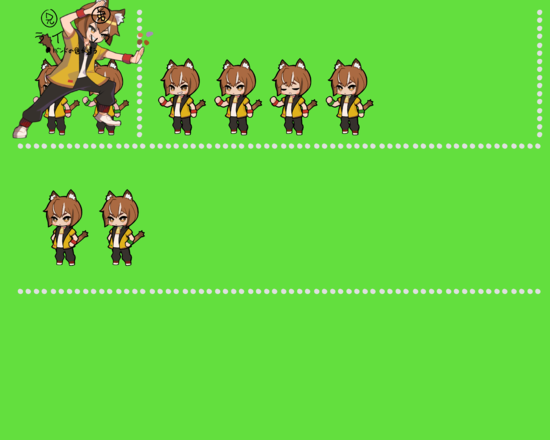 The first sprite for Bird?'s sprite sheet has an earlier version where he originally had a speaker on his mouth, a pink tail, different clothing colors and actually looked more like a bird. 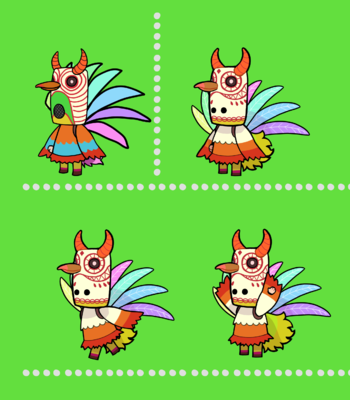 Lugh's sprite sheet is the largest one and the one that most of the blank space has been used with scribbles. 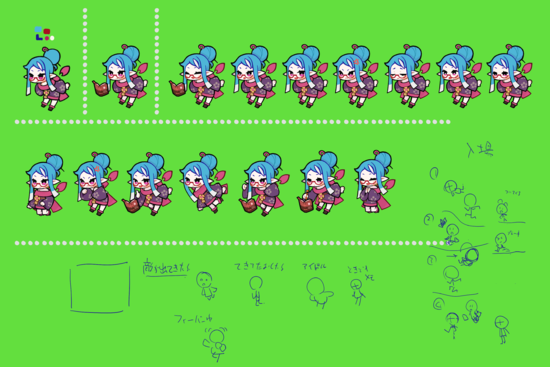 Nayu's sprite sheet with her Dinosaur costume has some concepts for how attack effects should look like as well. 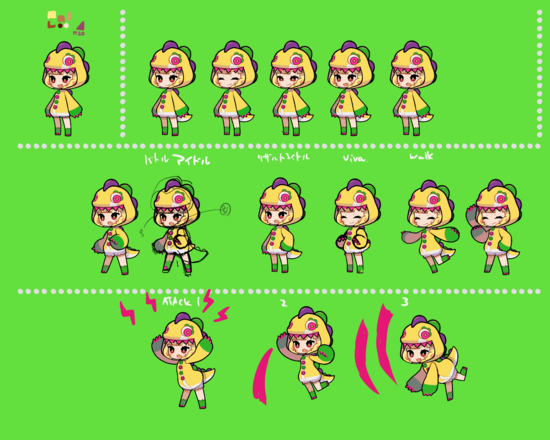 Suzu's sprite sheet has a version of her with no details on her eyes. 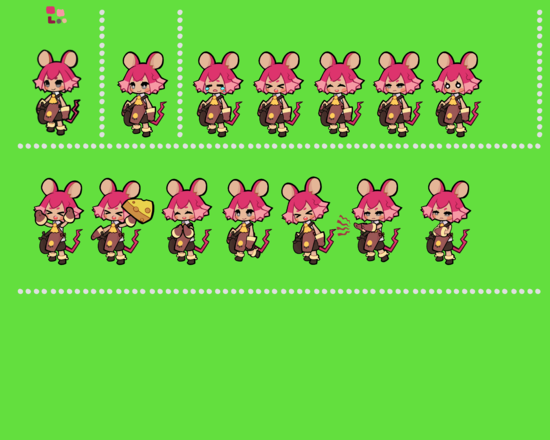 The same sprite with no eye details can be found in the game files, pre-assembled already, with proper transparent background.

The games stores the character sprites used in a single image, as opposed to multiple frames of animation. Facial expressions are stored in other files.

However, scattered throughout the game files are some presumably unused pre-assembled sprites for some characters and Nayu's costumes. Most of them are not worthy enough to be included here, but some of them have slight differences than how they actually look in-game. 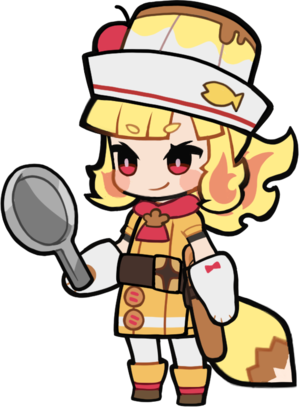 Nayu has a pre-assembled sprite of her Cook costume. She is holding the frying pan more upward than she does in-game. Additionally, her facial expression here is the same as the one on the costume selection screen, and she doesn't hold the pan when previewing this costume's sprite in the game. This pre-assembled sprite may have been used preview on the costume select screen before it was switched to an animated preview. 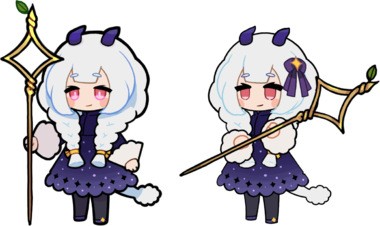 On the first one, the left sprite has a thicker outline and does not have her purple ribbon on her hair, the right sprite lacks some touch-ups like shadows and eye details. 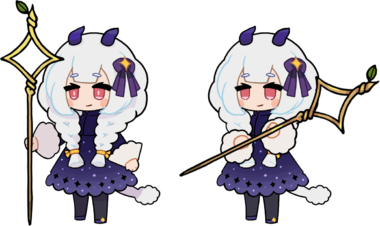 The second pre-assembled sprites are nearly identical to the first one. The right sprite is the same as the previous one, but the sprite on the left is a little closer to final, with the only notable difference being the outline around the leaf being black instead of dark green.

The background for the first level has an early version in the game files.

The same goes for the title screen's background, which also includes a sketch.

Nayu's Adventurer (default) costume sprites has an early version where her tail has no white pigment at the end of it. Curiously enough, her early in-game graphics also have her facial expressions inside the same file, where facial flexes are separated in their own files in the used version.

Earlier versions of turning ON and OFF the music, menu and option buttons exist as well. The final version has an extra button to mute or unmute sound effects, separately from the music.

The Star Shards originally had a much different appearance.

Even the enemy's health bar has early graphics stored in the game files. In the final game, no graphics are used at all, instead, the color for the enemies' health bar is a simple solid color.

Nayu's sprites has the end of her tail colored white... however, on the costume select screen, this is not the case, as her portrait shows that the tail ends with a dark brown color instead. In all of her other costumes (with the exception of the Dinosaur costume), and other graphics featuring her, the tail is properly colored too.

As previously mentioned, unused graphics show that she originally didn't had a white pigment on her tail, and a different file is used for her sprites that do have the white pigment. Although, a portrait with proper tail colors do exist in the game files and it's actually used in-game too, at the Staff Roll. It seems that the developers didn't realized the inconsistency.