The Apprentice is a rather charming platformer for the CD-i. Taking place over the course of a week, the apprentice wizard Marvin must do various tasks for the great wizard Gandorph as he can't be bothered to do them himself.

Most of the content on this page was revealed by a former Vision Factory employee in 2005. 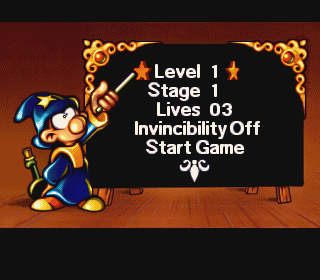 On the main menu, hold Button 2 and press Up, Up, Down, Down, Right, Right, Left, Left to bring up a cheat menu that contains a level select, a life counter changer, and an invincibility toggle. 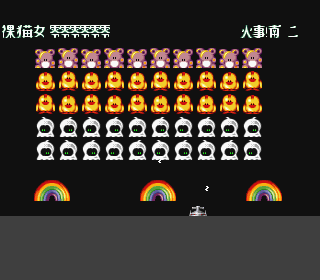 Referred to as such by Vision Factory employees, this simple clone of Space Invaders can be accessed in a similar way to the Cheat Menu: on the main menu, hold Button 2 and press Up, Right, Down, Left, Up, Down, Left, Right. A reskin of this game would appear in a later Vision Factory title, Golden Oldies I.

Of note is that "裸猫女" translates to "Naked Cat Woman", which makes sense since the developer liked hiding naked women.

A bunch of Mortal Kombat Fatality-themed game over scenes can be accessed by holding Button 2 while entering the following codes before Marvin stops walking;

Both Animalities feature Marvin turning one of the Bonus Stage girls into whatever animal their headband represents. 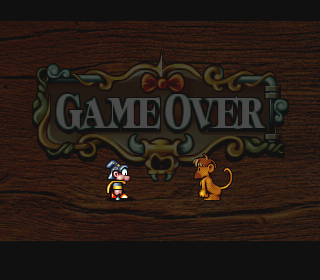 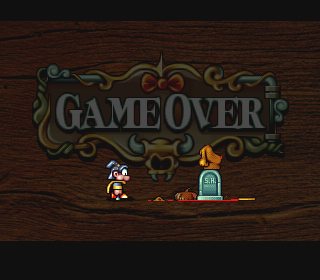 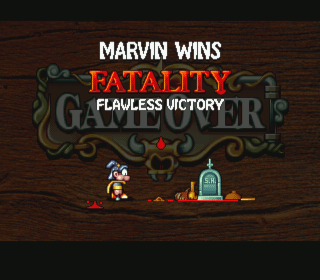 Pressing Down, Right, Left, Left will make a monkey appear. Marvin zaps it, the monkey's head falls off and explodes, and its body follows soon after, leaving only a tombstone and small pieces of ape. What the hell?!

Similar to the Animalities, but Marvin strips the girls instead of turning them into animals.

This text is stored inside the file "abstract" and describes the game's story and gameplay.

This text is stored in the file "bibliographic" and lists people who made the game.