The Cat in the Hat (PlayStation 2, Xbox, Windows)

The Cat in the Hat is a 2.5D platformer based around the terrifying Mike Myers film, and not the original book.

This unused, vaguely Gaelic-sounding song is present in the files for the Windows version of the game, simply named "cith", presumably standing for Cat in the Hat. Its intended purpose is totally unclear. Given that it uses a theremin, it may be related in some way to Attic Adventure, since that's the only other track in this game to use one. 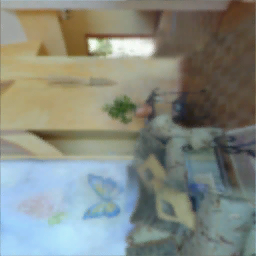 In the Textures folder in the Xbox version is an image of a room. 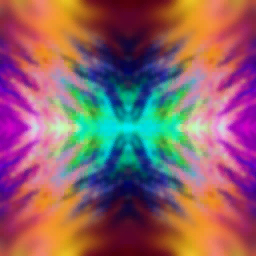 Also only in the Xbox version is this rainbow film texture. 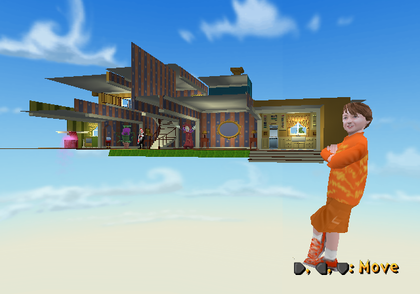 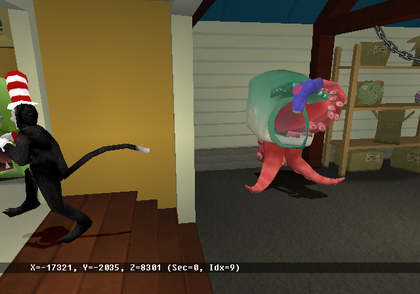 Pressing and holding R1 + R2 + Circle then pressing the below button combinations in the PS2 version will enable special bonuses, some of which are debug features. Press these at the main menu or in the pause screen. 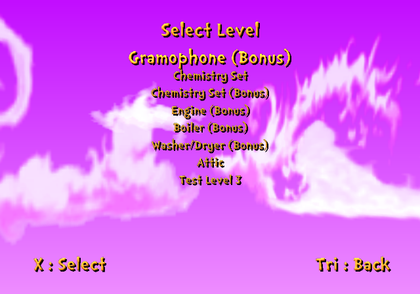 A small level menu with a test level remains in the game, although it doesn't work anymore. The Test 3 level is no longer on the disc. 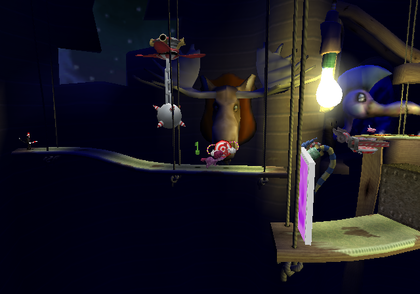 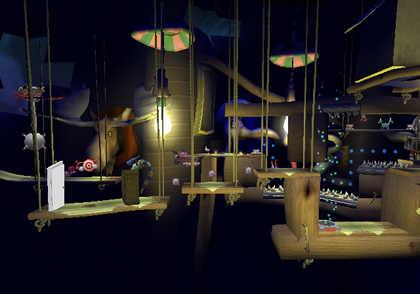 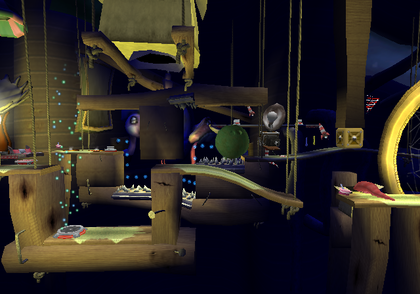 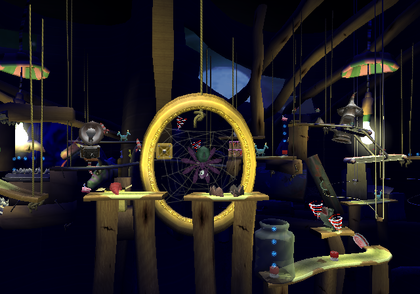 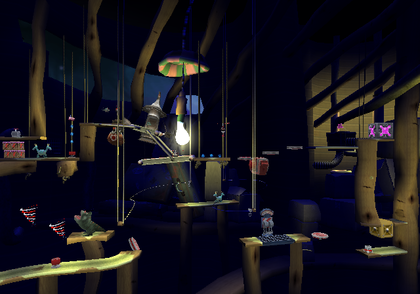 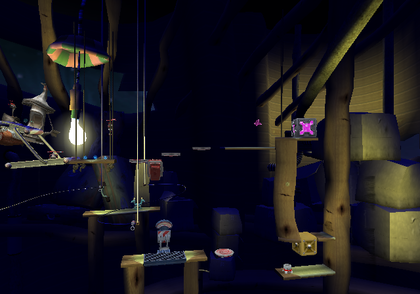 Within the PS2 is this test level internally named TEST1. It plays mostly like a regular level, except no music plays here. Apply the below code then enter the Grandfather Clock level to appear here.

Within the PC version is a completely different test level. This level is extremely basic, with two small platforms, a poodle enemy, a goo machine and an untextured background. No music plays

In the PS2 and XBOX versions, every level has a bonus level once the player finds all four keys, where the player has to go through a bonus level to collect more magic and collect a gem to access "Mystic Mirror". These bonus levels were cut out of the PC version however, they do still all exist within the game files and can be loaded into. They are overall less complete than their console versions, lacking any giant obstacles the player has to avoid and lacking the collectibles which are also in the console version.

Within the PC version is a level referred to as "Cooker". It is listed as the 4th level in the game and it is separate from "Boiler Bonnanza" (listed as Level 6) and "BBQuinn" (listed as Boss 2). Trying to load into "Cooker" crashes the game. The level only has one area and the boss theme plays. While this may suggest that this was originally a boss level, the filesize for the levels assets are much closer to the main levels in the game, so it is also possible that this was intended to be a normal level.

"Toys" is overall a similar story to "Cooker". It is listed as the 10th level in the game and it is separate from "Quinn in Toyland" (listed as Boss 3). Much like "Cooker", " Toys" only has one area, the boss theme plays and trying to load into it crashes the game. Its file size is actually smaller than "Quinn in Toyland", suggesting that it is an earlier version of the boss.