The Cliffhanger: Edward Randy is an action game inspired by the Indiana Jones series that's notable for its impressive graphics and cinematic presentation.

This character set, the only one containing lowercase characters, was added to later revisions of the World set but never used in-game.

Yet another number set, this one resembling a digital clock. Might have been used for an early version of the continue timer.

Complete 8x8 sized katakana and hiragana character sets. Never used; all of the Japanese text in the game uses a larger 16x16 set.

...and it seems that originally the half-heart graphic was instead just a smaller heart.

Icons of the the players's heads with different-colored crosses, hinting that the game might have had a lives system at some point.

Two different sets of miniature heads with varying expressions. No idea where this would be used.

Graphic for an unused player and/or boss energy meter. That's not how you spell demege!

Tilemap Offset: 0x98E94
A graphic that includes an earlier title can be found in the second graphics ROM. The graphic with the final title is in the third graphics ROM. 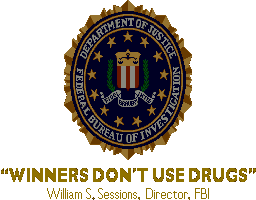 Tilemap Offset: 0xA2E66
Graphics for a standard "Winners Don't Use Drugs" screen. This game was never released in the US, though the existence of both a graphic and a tilemap suggests that a release might have been planned at some point. 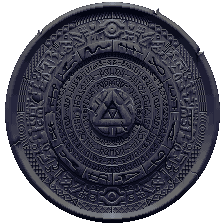 Tilemap Offset: 0xA3066
An elaborate stone disc which seems to feature the prism that this game's plot revolves around. Maybe an early title screen backdrop? 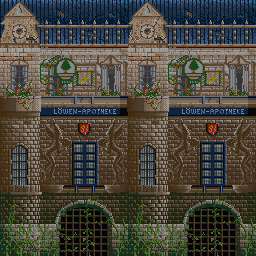 No tilemap found
A nice background graphic that wasn't nice enough to be used, apparently. Löwen-Apotheke is the name of several very old pharmacies in Europe. 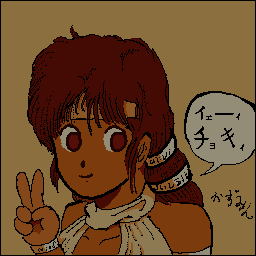 The first of many pictures and doodles that take up the blank spaces in the graphics ROMs. The game only uses a single one of these pictures at the end of the credits.

This large 256x256 portrait hidden in the second graphics ROM, featuring a character that doesn't seem to appear in the game (unless this is supposed to be one of the women at the end of the second plane stage). Kazumin is Kazumi Minagawa (皆川一巳), one of the game's ten graphic designers.

Two more 128x128 pictures found directly after the previous portrait. Lungfish is listed as "Game Planner" in the credits. There's some text on the second picture (which seems to be of Jennifer) but it's hard to make out. 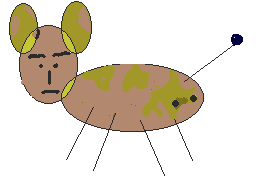 No tilemaps found
This certainly is a nice...mouse? Cow? Whatever it is, it's at the end of the third graphics ROM, and it has two buttholes.

For some reason, there's an incomplete second copy of this thing in outline form earlier in the graphics ROM.

One of the pictures used in the game's intro is a zoomed-in version of the photograph featuring Charlotte, her father, and the prism. The earliest version of this picture is just a section of that photograph that's been quadrupled in size; the final version, which is stored much later in the object graphics ROM, is a properly drawn close-up of the prism.

Tilemap Offsets: 0x8C44C (Frame 1), 0x8C3F2 (Frame 2)
Sprites of Charlotte with a shocked expression. This animation probably should have been used on the boating stage when she's being kidnapped by Dark Ogre.

Tilemap Offset: 0x95828
This fish is confused. Buddy, you're not the only one.

Labels for the game's music and instrument samples can be found in the audio CPU.

The biggest difference between sets is that World Set 3 removes most of the game's cutscenes, presumably to keep play time down and make the game more profitable. This includes all of the end-of-stage cutscenes except for Stage 7 and the "DATA EAST PRESENTS" screen at the start of the game.

As a result of this change, the stage order had to be changed. In all other sets, the game begins in medias res, with Stages 1 & 2 (The two plane stages) being the antepenultimate and penultimate stages in the game's timeline. The cutscenes after each stage provide a date and time that the player can use to track the game's chronology. Since the cutscenes were removed, the stage order was reworked to put the stage in chronological order, so the plane stages were changed from Stages 1 & 2 to Stages 5 & 6 respectively.

Note that the game's attract mode in World Set 3 still plays the stage demos in the old order. 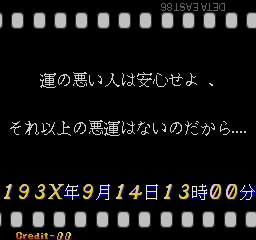 The Japanese set has an extra screen of text after the "DATA EAST PRESENTS" screen.

All of the stages in the Japanese version are named, while the World sets just give the stage number.

In World Set 3 only, the player can press any action button to skip the game's credits.