Time Soldiers for the Master System is a port of the arcade top-down shooter. 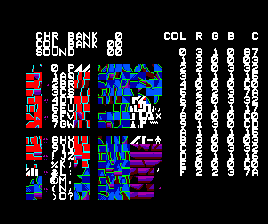 By branching to $100 ("j 100" in Meka's debugger), a graphic viewer and sound test is shown. This location isn't branched to by any code in the ROM. 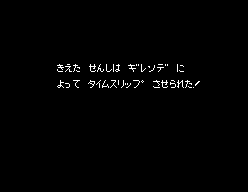 The game loads Japanese dialogue and an FM soundtrack when played on Japanese consoles, but was not released in Japan.