From The Cutting Room Floor
< Undertale
Jump to navigation Jump to search
This page contains changes which are not marked for translation.
Other languages:
English • ‎中文（中国大陆）‎ • ‎日本語 • ‎한국어

The easier way to enable/disable Debug Mode is to download UndertaleModTool, open the data file mentioned above with it, and run the EnableDebug bulitin script. This works for almost all versions of Undertale.

In the Windows 1.00 version, data.win can be extracted from UNDERTALE.exe with any decent archiving tool like 7-Zip or WinRAR. It's actually a self-extracting .cab containing all the game's resources along with the real executable, which can be run normally from wherever you extract the files to. game.ios can be found in the OS X version by browsing into the Undertale application using "Show Package Contents".

(Note: If you are playing the Steam version, you should extract every file except/delete steam_api.dll, or the debug mode won't be activated.)

When debug mode is enabled, all Gaster Follower encounters will be triggered, as well as Sans's fridge phone call and Alphys' pizza phone call.

Press J to zoom in on Sans, make a rimshot sound, and crash the game. 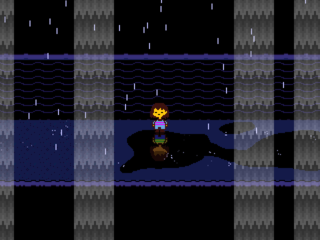 The reflections of yourself in the puddles in Waterfall are replaced with a sprite of an unknown character when Space is pressed. According to the game's files, the character seems to be Chara, but they also look like Kris from Deltarune. The related variable in the code that controls showing this alternate reflection is called death, which may indicate that this was once used after you sold Chara your soul. 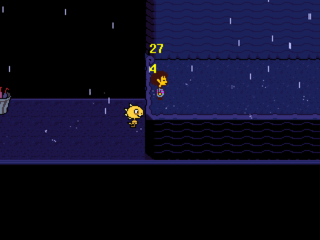 Two numbers will appear over the player's head, starting at -1 and 0. The first number indicates the value an alarm is at (which alarm is determined by the second number), while the second number changes the first one and indicates Monster Kid's state. 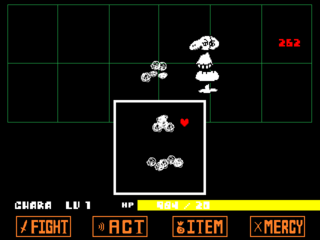 A red number starting from 300 appears attached to the right of the Mad Dummy, indicating its health. Pressing A will set the number to 180, make the dummy float around, and make its next attack the "FINAL ATTACK!"

Note: Undyne cannot be spared with the key combination O+P. 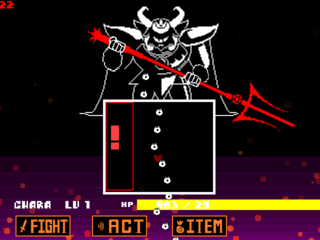 A turn counter counts up from 0 in the top left corner of the screen. The higher the counter is, the harder Asgore's attacks are and the less defense Asgore has. Press A to decrease, press S to increase. If above 20, it is set back to 20 each time Asgore does his orange-blue attack. If set manually to above 22 or below 1, crashes the game when Asgore attacks. 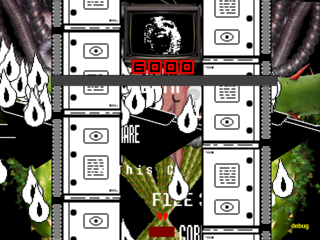 The text "debug" in yellow comes down on the right side of the screen alongside Flowey. The intro and game over screens are skipped after the first death.

Note: Undyne cannot be spared with the key combination O+P.

For some reason, setting global.debug to 999 allows you to rotate the Undertale logo with the Left and Right keys if you didn't kill any monster, like in the Demo.