The Dark Era refers to the earliest known images of the Dreamcast Sonic Adventure from around April 1998, its name comes from the lighting which is far darker and more basic than the final game; most of the Tokyo International Forums unveiling shows this footage, with the exception being the ending, which is instead a much later build. 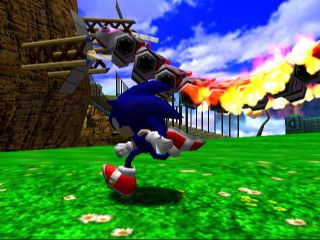 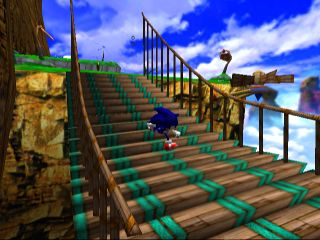 Many screenshots and videos of Windy Valley shows it having a completely different, open-ended design; this early version was also found in the AutoDemo version, albeit without its textures and completely broken. The reason for its change was due to issues with the current design, making Takeshi Iizuka scrap whatever had been done at that point. 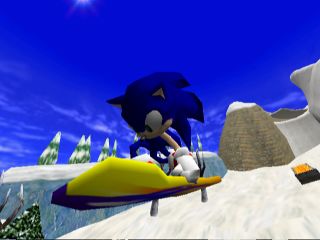 Images of Ice Cap during the 'Dark Era' shows that Act 3 had a different beginning and has Sonic using the Sand Hill board instead of a unique board in the final.

Many objects are missing here and icicles lack the transparency effect the final has, instead going with a simple greenish-white texture. 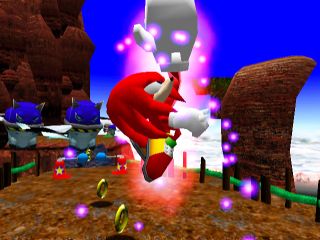 Knuckles is seen here in Act 1 and using a scrapped uppercut attack, with a notably shorter draw distance (with the background mountains being completely missing as a result); in the final, Knuckles lacks this attack and is instead given a separate act. 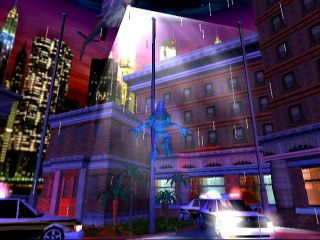 Many early images of the Chaos 0 arena show a very different looking city hall with more details such as larger bushes. The object layout shown here can still be found in the AutoDemo (alongside a leftover clock object in the city hall map).

This scene takes place during evening in the final, the hotel is missing its doors and has the word "HOTEL" written above it.