Valis III is, you guessed it, the third game in the Valis series and once again features the series' main protagonist Yuko as the lead character. The English release is infamous for its hilariously bad voice acting. 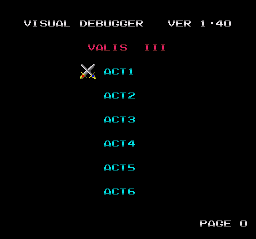 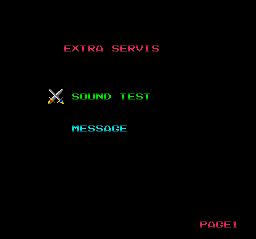 Within the menu, press II to switch between the cutscene viewer and sound/message tests.