ZombieVille is an action adventure game with zombies that was intended to capture and emulate some elements from yesteryears' zombie medias.

Unfortunately, it has not seen usable coverage nor positive reception until ~20 years later!

Check out that attire on Matt!

There are currently 4 unused/unseen characters in Zombieville.

These characters are: Joe Yamatsu and Keko, while two others - Mellor (Dog Handler) and James Ford (TeknoInc.).

However, they are nowhere to be found in the game as either they are unused or their conditions to appear are obscure/never met.

Out of these 4 unused characters, only Ms. Agnes' brother Clyde mentions Joe Yamatsu casually in the game's final version.

(Graphics for these characters are currently inaccessible until someone is able to rip character sprites out of the game.)

However, their voice lines are still able to be heard through these links: 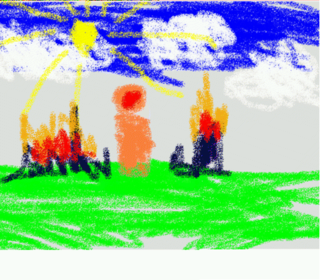 In Zombieville's game files, there's two .spr files, BHUMWB.SPR and BHUMEB.SPR, that are currently unused and they both contain the same doodle graphic.

It is believed that these .spr files originally contained graphics for another Humvee cutscene that was later cut , as these were found in the CUT_SCN folder. 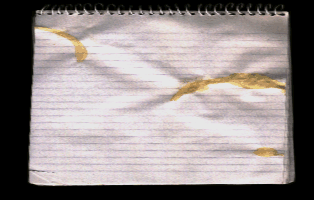 There's an unused notepad graphic that is stored in ZOMB\DATA\NOTEPAD.RAW.

According to Mike Haigh, who did background artwork for Zombieville, he said that "it was originally intended for the player to hand write notes."

It was believed to be implemented before release but it was not. The hand writing notes functionality may possibly have been replaced by the tape recorder/dictaphone machine. 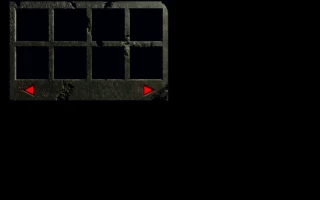 Zombieville 1997 technically does have an in-game inventory menu when one presses F1 and right clicks on Matt Black.

Other than that, the game doesn't tell you what items you have picked up outside of the speech system.

However it seems at one point, there would have been an inventory menu to interact with collected items in some way as there's unused graphics inside ZOM\DATA\INV.LBM .

Since the prototype inventory menu graphic took up only 1/4th of the screen, it is believed that texts and other graphics would appear on screen describing the selected item.

Perhaps this inventory menu may have been replaced with the speech system where you could only use certain items in conversations.

For example: Use Tranquillizer gun on General and Show Authorization Letter [to PFC McArthur]

ZombieVille 1997 has some world interactions that are considered incomplete/cut.

Right clicking on these areas with interaction does not give any context nor make Matt turn to face them.

What their original purpose where, we'll never know...

Zombieville was designed to not have a complex inventory menu of any sorts.

This means that you'll have to write down notes about which items you've taken and who needs what.

However, not only most items are NOT made clear of what are needed to progress in the game, but most items serve no purpose as their original purpose may be left incomplete and/or dummied out.

Thus some items go unused after picking them up.

The game manual shows that there's many weapons to be encountered in Zombieville, which in total of 12 weapons.

However, after exploring every nook and cranny possible, 3 weapons are nowhere to be found. These are:

These weapons are nowhere to be found throughout the game, whether by killing NPCS or looting from the game world.

If you inspect ZOMB.EXE inside a hex editor, you'll find some weapons that did not make the cut. No Pun intended this time...

According to the ZOMB.PRF file, several weapons are given to the player but their ammunitions are never spawned by killing zombies.

This means that the ammunition given alongside with weapon the is the only ammo the player has for those weapons.

Usable weapons affected by this are:

Zombieville was released in many parts of Europe at different times within the year of 1997.

When Zombieville was introduced to the USA markets in 1998, there was minute changes made to the game's content, such as the ZV's intro video has the Psygnosis logo replaced with the Diamond Star logo.

However, the worrisome change was that the game was released in 1 red disc unlike the European version that was released in 2 green discs, as shown here in this YouTube Video.

Despite that, even though the DiamondStar logo was slapped onto the USA game box in attempt to 'hide' the fact that Pysgnosis made Zombieville, the Pysgnosis name is still printed onto the US box & CD.

US Version is Wrong Version

When Zombieville was released in USA markets in 1998, it was switched to 1 disk instead of 2 discs.