The Wii version of Ōkami is a port of the PlayStation 2 cult classic, which includes new bonus features and motion capabilities. Despite the overall port being considered inferior to the original PS2 game (largely due to the subtler parchment display effect and due to the credits being axed), it helped increase the popularity of the franchise.

Based on the youkai of the same name. It's similar to Orochi with its three heads that show the Hannya, the Noumen, and the Hyottoko, respectively. 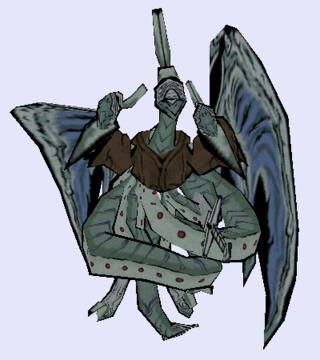 Also based on the youkai of the same name. It belongs to the Flying Demon category. This one didn't make it due to an error; Hideki Kamiya stated that he had forgot to actually add Gotouryu into the game. Oops.

Despite appearing in an illustration at the ending of the game, Susano and Kushi's child never appears anywhere else. 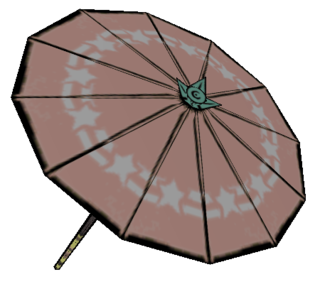 Merchants normally have umbrellas. However, Marco doesn't have one in-game, though the model for it is still present.

The designer, Kenichiro Yoshimura, originally made Momotaro pantsless (as in, naked), but that was changed during development. The texture still remains.

When you examine two shishi-odoshi at Sasa Sanctuary, Issun describes what shishi-odoshi is and how it works. This text is not present in the Japanese version because it was written for international players unfamiliar with shishi-odoshi.

When Ōkami was ported to Wii, the credits were cut out due to a combination of copyright issues (as the credits contained the logo for the now-defunct Clover Studios, whose legal branding is no longer owned by Capcom) and technical issues (both to conserve space on the Wii disc and because Capcom couldn't access the master assets for the credits in time to remove the Clover Studios logo). The credits ended up being restored for the Japanese release of the Wii port and in the HD remaster released for the PS3, PS4, Xbox One, Windows, and Nintendo Switch, with the Clover logo appropriately removed in all cases. However, the insert song "Reset" is removed from non-Japanese versions of the HD remaster due to licensing issues, with a medley of in-game songs being used in its place.