Both the swan song of Clover Studio and the game that put them on the map, Ōkami is Hideki Kamiya's cult classic Zelda clone from 2006, except instead of starring a blonde-haired boy in a medieval fantasy setting, it stars the Japanese sun goddess Amaterasu, reincarnated as a white wolf in a Japanese fantasy setting inspired by Shinto mythology. To give a basic summary of the plot, an agnostic descendant of a legendary warrior accidentally reawakens an ancient evil while trying to disprove the legends about said warrior, and it's up to Amaterasu to defeat this evil and restore the land of definitely-not-Japan, aided by a perverted bug-sized artist and the (mostly) reliable Celestial Brush. Said brush allows the player to draw on the screen to produce different effects, from slashing objects & enemies to restoring dying plants & fields.

While the game flopped upon its initial release, killing Clover Studio in the process, its mainstream adoption and acclaim gradually increased over time, bolstered by a Wii port in 2008 and an HD remaster released first for the PlayStation 3 in 2012, and then the PlayStation 4, Xbox One, Nintendo Switch, and Windows five years later. It is nowadays considered by critics and video game analysts to be one of the greatest games ever made and a prime example of games as an art form.

This only blank map in the game was once associated with the main menu in this game. It's unknown what its purpose once was. It has only one square tile in it with just enough space for Amaterasu to stand on and has no music. Apply the following GameShark / CodeBreaker code for the NTSC-U version of the game to appear there: 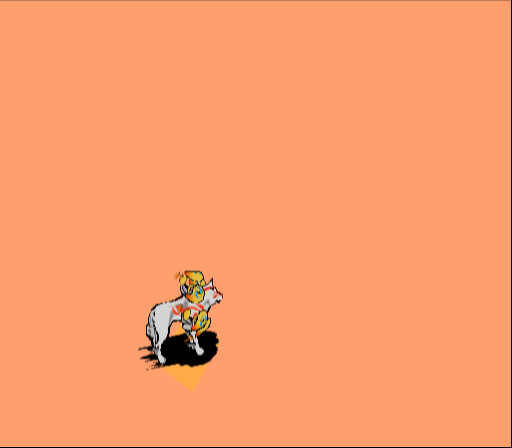 A few unused animations can be viewed with the following codes:

The following code puts you in attack mode. It may be necessary to see some animations:

Replace the ???? with any of the following: