Adastra is a Sci-Fi visual novel where a wolf-furry alien abducts you deep into the galaxy. You have come to live with the future emperor of Adastra, the titular moon. Since you arrive as a race still unknown to them, you have no choice but to hide that you are an enlightened being for your own good.

Since the game has been completed, "to be continued" endings are no longer used. Although a few are still left in the scripts.

There are a couple of variables mentioned in the script that do not affect the game. 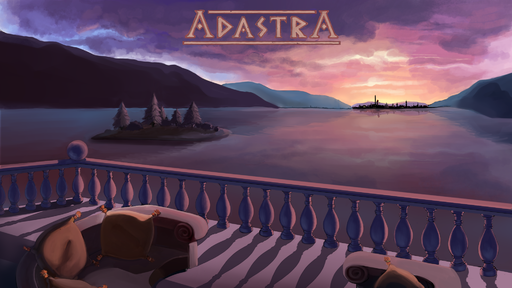 bg.png is an early title screen.