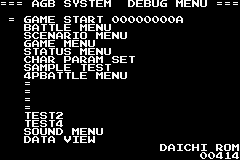 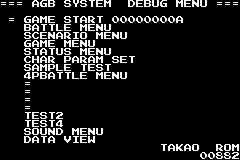 CodeBreaker code 03000CE0:31 will start the game in a debug menu where you can set various player, scenario, battle and event statuses. There is also a sound test.

Takes you to the title card, starting the game from there. 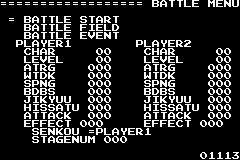 Takes you to a black screen. 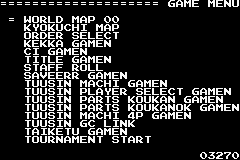 Allows you to select any area in the game. 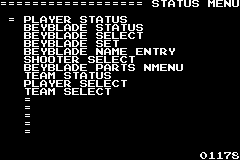 Allows you to view various player status and statistics. 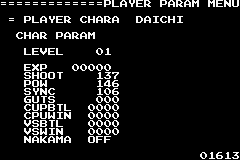 Allows you to set various player parameters and settings.

Takes you to a black screen where an awesome song will play. Possibly meant to test sound samples. 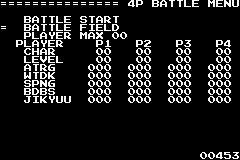 Allows you to view and start at battle scenarios.

Null items that may have once contained a menu.

Takes you to a white screen.

Takes you to a white screen. 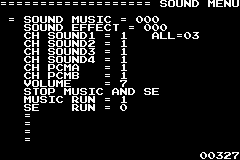 Sound test offering advanced testing features such as individual channel masking, and standard playback of all music and sounds in the game.

Presumably was a memory editor/viewer or some sort. No longer exists. 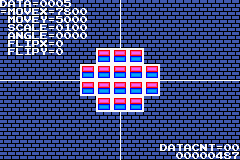 CodeBreaker code 03000CE0:30 will start the game in an object viewer, which tests and displays all of the objects in the game. This might be the DATA VIEW menu.