Battle Clash is one of Nintendo's flagship Super Scope games involving mechanical weapons called "Standing Tanks" (STs), their pilots, and a dash of Mad Max for taste. Two mecha enter, one mecha leaves. The game was apparently popular enough in the west for a sequel to be released just a year later.

These unused pilot portraits are found immediately after the one for Mike, the player's partner and pilot of the ST Falcon, in RAM. All three of the characters face left, as Mike does, suggesting that they would be selectable partners (all of the enemies face right in their portraits).

This idea is further supported by the presence of these non-animated, borderless versions, which match the style of Mike's portrait displayed at the lower-right corner of the screen during gameplay.

Each one of these images is loaded in RAM following a non-animated pilot portrait. The first is the katakana syllabary for the name "Michael", the formal name of the protagonist and your pilot partner. The other three read "Carol", "Lightning" and "Maki", most likely meant to be the names of the three unused characters.

These katakana syllables are located near the weapon and item icons in the ROM. Unsurprisingly, it reads "icon."

What's interesting to note that "Carol" is the name of an unlockable character in the sequel, Metal Combat: Falcon's Revenge. Given the events and backstory concerning her in that game, it seems that Battle Clash's story was going to be more complex than was seen in the final product. 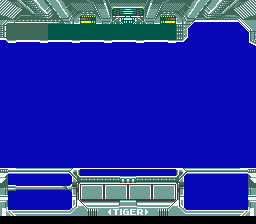 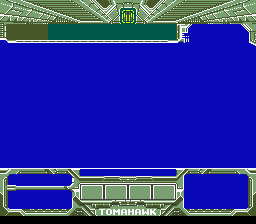 There are also two unused ST cockpit/HUD designs, for the Tiger and Tomahawk respectively. That leaves one pilot out - because the design for a fourth is actually used! You can see the design for the ST Mosquito when playing in 2-Player mode as the second player. However, there is not even a hint of any of these STs in the main story mode.

This style of text is reserved for enemy names displayed in the bottom-left of the screen during a fight, while the Falcon's own name is displayed with a flat text at the bottom-center in a different style altogether. Interestingly, the "N" appears to be missing part of an outline.

This weapon icon isn't used in any part of the game. The default gun icon that is used looks closer to the actual Super Scope itself, as opposed to something like the Zapper or the Sega Menacer like you see here. Given that the game came out roughly a year after the SNES was released, this could hint that the design of the Super Scope was yet to be finalized.

Yet another unused weapon icon. It seems designed in the same vein as the other two icons, which would mean that this would be the ST's main weapon. Unlike the more modern, futuristic designs of the others, this one has more in common with a hunting rifle than anything else. 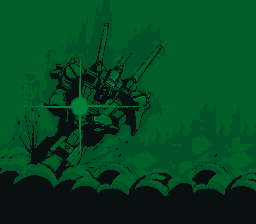 This image isn't actually unused so much as it's obscured. Turning off all but one of the background layers and disabling sprites on the title screen gives us a clear view of the ST Falcon opening fire.

During the main menu and world map sequences, the game loads this earlier version of the Battle Clash logo. Any instances of the logo in the final product are either the stylistic metallic lettering found in the final logo, or simpler capital letters.

For whatever reason, the sound effect that accompanies the Nintendo logo on startup was changed. Battle Clash has more of a robotic beep, while Space Bazooka sounds more like collecting a coin in Mario Bros.

The title change also resulted in the logo being overhauled. The title screen also had its background's color changed, and even added a vibrant burning animation to the logo text as well.

The enemy ST names are localized into Japanese for the text as well, while they remain in English for the Falcon's cockpit. This is due to the fact that they are stored as part of the graphics and would require them to be redrawn to reflect the changes.

At the end of the main game and after the credits, the screen displaying the description for "Real Mode" has also been changed. Since Battle Clash showed the SNES controller with the purple shaded buttons, Space Bazooka has the Super Famicom's colored buttons. Finally, the layout and background colors have been altered, with the text description being localized into Japanese.

The game title shown at the beginning of the credits reflects the regional change, with "SPACEBAZOOKA" conspicuously missing a space.