Bram Stoker's Dracula is an NES game based on the 1992 film of the same name. It's a typical Probe platformer with a typical Jeroen Tel soundtrack, so your mileage may vary based on your taste in arps and pulse width LFO.

The Game Genie code TOXEYNGT enables a code to be entered at the title screen, which in turn allows access for a couple of removed cheat features. At the title screen, quickly press Select, Up, Start, Right, Left and a little fanfare will play. You'll have access to the following cheats: 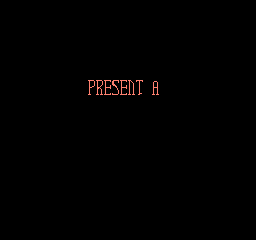 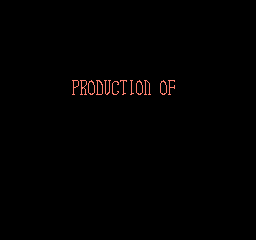 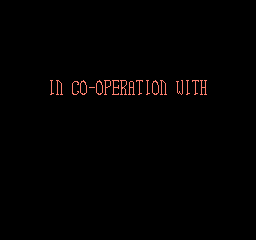 There are three unused text messages and three corresponding screens, which obviously intended to be displayed before every intro logos like this. In the final version, these screens are unused, and only the logos itself are displayed sequentially.

The following Game Genie codes will replace the regular logo screens with these intermediate screens: YAXVPAZE, APXVTALA, and PPUTLETA.

As discussed in the Regional Differences section, the music differs between the US and European releases. The recordings here are from the US version, but the tracks are also in the European version and exhibit the same alterations as the rest of the music.

This track plays over the opening logos in the Game Boy version, but those screens are conspicuously silent in this release.

This short unused piece is unique to the NES version.

The European version has noticeably lower-pitched music than the US one. At least one track is also significantly slower in the European release, so this is probably the result of a botched PAL conversion. The US music seems to be the original, as its tracks more closely match the Game Boy release.