Brawl Stars is a MOBA-type mobile game developed by Supercell. It currently has over 50 characters, including a vest-wearing cactus, grave-digging bats and a killer biker crow. 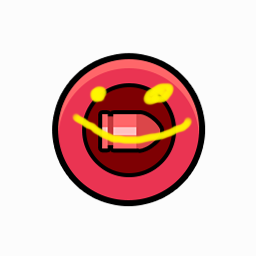 An image of an old pin from older versions, with a poorly drawn yellow smiley face on it, found inside assets/badge under the name default_diffuse. According to one of the developers in a Q&A, this is an easter egg for dataminers to find. 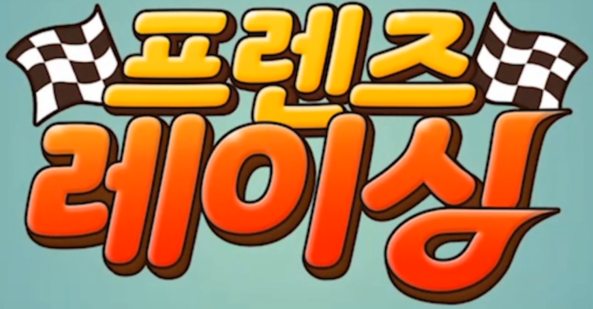 An odd image of a title screen for what seems to be a Korean racing game called "Friends Racing". Oddly enough, this image seems to be removed from the files.

An unused Pin graphic found in an older ui_tex.sc file. Consists of a default sad Pin with extra sweat added.

These three banners were used in older versions for the following purposes:

These banners were used until the Retropolis update, which added an Inbox system which made these graphics (and their respective messages) redundant. Oddly enough, these graphics are still floating around in the game's ui_tex.sc file today.

A neat looking yellow background that was only sadly used for about an hour during Season 4 and then never again.

Surge's old texture, which can be seen in his update's Brawl Talk. Some differences include smaller and more rotated eyes, a more drawn on mouth, his face is lower and parts of the texture are more united. It was accidentally given out to the public in the following major update, where it replaced his normal texture. This was fixed in an optional patch.

Found in the Version 27 files, there is a SCW model of Egg Pam (blandly named eggpam_geo.scw), alongside a winning animation of some sorts. These were included by the developers as a joke in a Tweet on April Fools' 2020 on the official Brawl Stars Twitter account, made after the popularity of the "EGGBO" submission on the Brawl Stars "The BO-Nanza" campaign on Supercell Make, consisting of users modeling and creating Skins for Bo in hopes that they'll get implemented in the game.

The model does not have a texture in the files. This is most probably because Pam received a remodel in this version.

This animation consists of Shotgun Shelly wiping something off her cheek, cocking her shotgun and looking both ways. The animation was introduced in Version 43.

This file is a leftover from Project Laser, the original idea for Brawl Stars (see prerelease page for more information). The file itself contains information about all the stages in the game and what enemies appear in said stages.

This file is a leftover from Project Laser, the original idea for Brawl Stars (see prerelease page for more information). The file itself contains information about all the bosses in the game and on which planet they appear. It also shows the internal names for the characters from prerelease footage: Trooper, Techie, Vanguard, Sniper, PoisonDude and Healer.

This environment can be found in beta versions of the game and is quite small compared to the others. 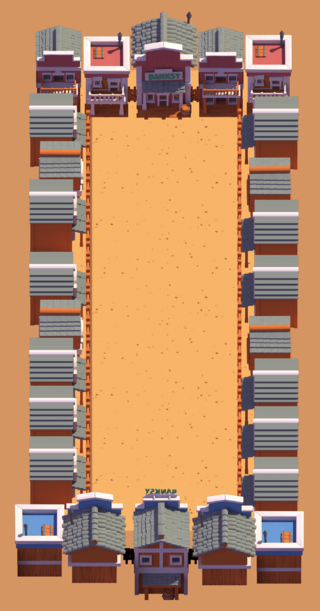 Text strings that are either unfinished or unused.

For context, Power Play was a competitive mode in Brawl Stars which consisted of short seasons for big Star Point prizes (depending on you playing well or not). It was eventually replaced by Power League, for better or for worse.

There are a ton of unused sounds left in the files.

Sounds meant to be used in menus, that went unused for a reason or another.

Classic loading sound, isn't it? The filename is reminiscent of Project Laser, the original codename for Brawl Stars. laser_load_01 was used up until the March update in 2020. While it was used again in the May update, it was an accident on the developers' part (see brawzaar_load_01). Later versions would use their respective Brawl Pass season's loading sound.

Found in Version 27, which introduced the Brawl Pass. While this sound was planned to be used for the rest of Season 1, the default loading sound (laser_load_01.ogg) was used instead.

An unused gunshot sound. This sound was played when selecting a Brawler in 2017 beta versions.

A noise that comes from the first ever version of the game. This sound was used when receiving Chips from a duplicate Brawler in the early beta versions of the game.

A sound effect possibly meant for the sliding UI parts of the match results screen, as a similarly named sound effect, blink_01v2, is used for said purpose.

A rather interesting sound. There is another sound similarly called get_pickup_06, which is the sound for picking up a Power Cube, however they don't seem to be related, as sounds.csv lists this sound as ui_dust_gain, which doesn't go used anywhere, but implies it was somehow supposed to be used in the menus.

Sounds meant to be used in gameplay, that went unused for another reason or another.

An apparent looping version of the power cube pick-up sound (as indicated in sounds.csv). There's no reason the power cube sound should loop in the first place, so this is possibly why it wasn't used.

Sounds meant to be used for brawlers, that go unused either from mistake or intentionally.

Voice lines that would've been used when taking damage as Jacky with her Ultra Driller skin, but aren't due to a slip up in skin_confs.csv that has been in the game for well over than a year now.

Voice lines that would've been used when taking damage as Bea with her Mega Beetle skin, but aren't due to a slip up in skin_confs.csv that has been in the game for well over than a year now.

Voice lines that were left unused for the Brawler Sandy. These consist of him taking damage and taking down enemies.

An unused Colt voiceline for use when he uses his super move. It was previously used in earlier iOS beta versions of the game, but was removed from the game's files altogether later on. Interestingly, this voiceline uses a different voice actor.

Sound effects that were supposed to be deleted, but weren't.

Before the Brawl Pass update in May of 2020, Special Events could only be played with Tickets. These tickets could be obtained from Brawl Boxes before the March update in 2020. After their removal, their sound effects still remained in the files.

Star Tokens suffered the same fate as Tickets. Their files are named "starkey" due to being named as such in 2018 beta versions.

A sound which was played after purchasing the Brawl Pass. Was used only once in Version 27, and was completely replaced and left over in Version 28.

Sounds leftover from Project Laser from version 1 of the game. (check the prerelease article for more details).

The voice of an unused brawler from Project Laser (which is most likely the Fast Melee Bot seen in Robo Rumble and at the top of the training cave we know today, seen in prototype footage), alongside them shooting rockets.

A firing noise. Based on how it sounds and it's filename, it may have been used for firing some sort of cannon.

A few unused whooshing noises, meant for ambience. Originally, the game was set to take place in space, explaining the filename.

While these may be used in sounds.csv's entries for the normal death sound today, they were previously used in Project Laser, and had unique sound effects for them too.

Based on the sounds.csv entry name and filename, this sound was meant for some sort of grenade. No brawlers use any sort of grenade, so this is most likely a leftover from Project Laser.

A bunch of noises most likely meant for aliens and squid alien enemies or a brawler. While some filenames may indicate that this wasn't meant for a squid alien hybrid, sounds.csv states otherwise, as alien_shot_01 and alien_die_02 were reffered to as Squiddy_fire and Squiddy_die respectively.

Unused sounds that don't seem to have any connection to things already in the game, that are possibly used for testing.

There is a sound file just called 'dummy', possibly used to test playing sounds. It has no audio. Interestingly, it seems to be used in an unused sound slot in sounds.csv titled Rhinocharge, which based on the name, was supposed to be used when Bull uses his super ability.

A loud beep, possibly just a test sound. This file also appears in res/raw. Just like the debug font, this appears in every Supercell game.

The internal names for Brawlers are pretty interesting. They seem to stem from the idea or basic mechanics of a brawler, and are most likely used before the final name is settled. The only exception to this is Ruffs, as he was previously planned way before the game became what it is today (check prerelease article for more details), and as such his internal name is the same as it is in-game.