Cel Damage is a vehicular combat game with cartoony looks, cartoony weapons, and cartoony physics. It's quite fun, in most circumstances. Despite that, it wasn't that thoroughly bug-checked, seeing as you are randomly unable to progress past the celebration screen at the end of a race, you're notified about having unlocked videos that don't exist, and the descriptions of some options are incorrectly formatted.

It was initially released for the Xbox as a launch title, but was ported to the GameCube shortly afterward. It also received a port for the PlayStation 2 with some different mechanics, such as a defined health system.

Thousands of strings can be found in default.dol. Some of the most interesting ones are:

At 0x24C310 there are strings with Violet's taunts, screams, speeches, etc. She says these (though maybe some might be unused), but there is no such thing as subtitles in this game.

There is an unspoken line, in which she refers to herself as her early name, "Skully": Wake up, Skully, loser's are passing you left and right!

Also, some of the lines are worded differently:

There are references to some unused items at 0x24FCD0:

Starting at 0xEE70 in smallFiles.dat, early names for the characters are listed.

Opening settings.dat in a hex editor shows that the file is completely empty, and only contains this:

When creating a new save game, give it one of the following names to unlock the corresponding thing:

The thing is that codes in italics don't work, at least for the GameCube version. This might be because the pencil rendering mode doesn't work on the GameCube.

At 0xEC80 in default.dol, there is a list of rendering modes:

Maybe an option to play the game right away without choosing a character, mode, settings and level manually?

There are a few weird images in the piLaunch folder, some of which are leftover from the Xbox version. Also before we start, some miscellaneous tidbits: 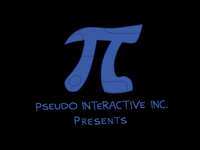 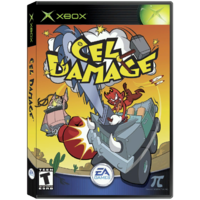 CDBoxArt.dds has a picture of the Xbox version's NTSC boxart. 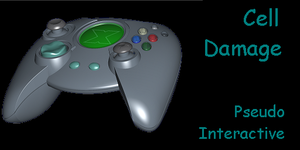 gamePad.bmp gives us a whole bunch of wrong. For starters, the text on the side is incorrectly written: "Cell Damage". Cel shading is often misspelled as "cell" shading, so... Then, on the left side, we have a (poor) render of an Xbox "Duke" controller, but that design doesn't seem to fit the real "Duke" controller. 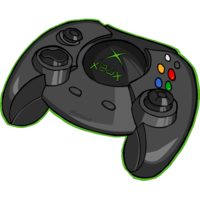 gampad.tga is an image of an Xbox "Duke" controller in a cartoon design, which fits the game rather well. There is no GameCube counterpart. May have been intended for the View Controls option in the pause menu, which uses a picture of a controller. Nintendo's Lot Check is very particular about how controllers are depicted and would likely have prohibited any similarly deformed GameCube controller.

idleText.tga is an image file with the text "Press any Button to Join". The only part in the game that has something close to this is on the play selection menu, but the text there says "Press (A) to join" and is rendered dynamically, without a texture. There's also the file idleTextX.tga which is exactly the same file. 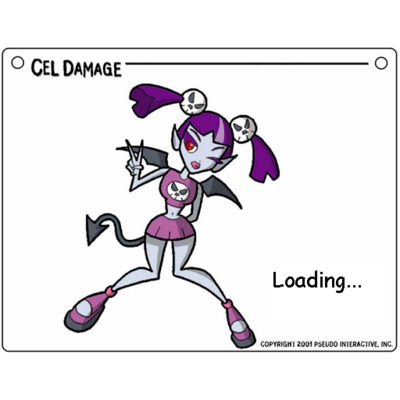 loadScreen.dds seems to be an early version of the loading screen. It features a picture of Violet on a frame with "Loading..." on the right, "Cel Damage" on the top and some copyright info on the bottom.

PauseButton.dds is an image of the Start button on the GameCube controller, in the same style as the A and B buttons found in menus. The Start button never does anything exclusive in menus. In fact, pressing Start in menus has the same effect as pressing A. 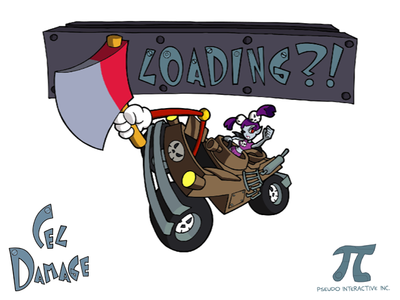 reboot.bmp looks like some sort of loading screen. It features an image of Violet equipped with an axe, and the text "LOADING?!" on the top, as well as "Cel Damage" on the bottom-left, and the company's logo on the bottom-right. The file's name is also a bit mysterious.

SaveGameLogo.dds looks like the logo used for save games on the memory card, according to the name. The problem is that these use the icon the player chose, and this icon isn't a valid choice. There is also an equal file, but in .tga format. This icon is used for the system settings save file on the Xbox version, however.

selectCarText.tga is an image of text, like idleText.tga that explains how to pick a character. Even though these instructions are incorrect: "Use D-Pad to Select Character" "Press Start to Play". Also, like idleText.tga, this one also has a duplicate file, called selectCarTextX.tga. Both files are also the same.