From The Cutting Room Floor
Jump to navigation Jump to search
Translate this page
Other languages:
English • ‎español • ‎português do Brasil • ‎한국어

Supercell decides to make a crossover of Clash of Clans with the slogan "Most Ridiculous Duel". 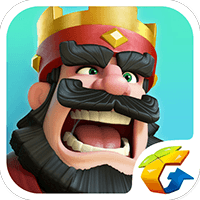 A file called "icon_wechat_200x200" found in \assets\image . It's here for unknown reasons.

Found in \assets\sc\loading.sc and \assets\sc\ui.sc , the WeChat and QQ logos.

Changing the language to Korean, a new button shows inside the Shop menu. If you click on it, the Help & Support page opens (inside game) in the sub-page Shop.