From The Cutting Room Floor
Jump to navigation Jump to search
This page contains changes which are not marked for translation.
Other languages:
English • ‎español • ‎português do Brasil • ‎한국어

Supercell decides to make a crossover of Clash of Clans with the slogan "Most Ridiculous Duel".

This is a card icon for the sneaky archer that was ripped from Supercell's servers, but the sprites do not exist. 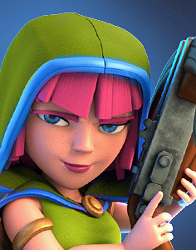 Another version of the Beartrap which is a projectile.

Found in effects.sc as "heal_bottle". This is the same bottle the Lumberjack drops upon his death, but colored yellow instead of purple.

Found in effects.sc as "filter_rage". This texture has been inside the game's data since the first major release, Version 1.1.1.

Found in effects.sc as "enemy_filter". It appears to be a normal goblin but its left hand has an iron glove and lacks a knife or spear that used goblin troops will wield. This texture has been inside the game's data since the first major release, Version 1.1.1.

This is used as a "filter" for some troops, like the Mega Knight jump. 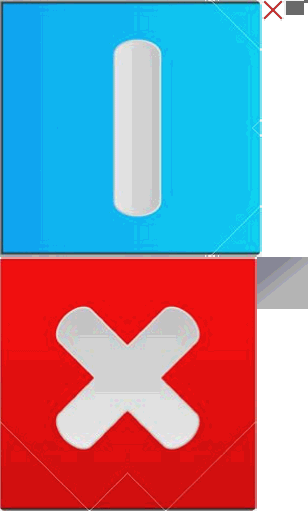 A new Debug Sprite was found in the new Debug.sc downloaded from Supercell Servers got 2 buttons.

Some sounds aren't inside the current version of the game, and others have been inserted but may vanish in the next version.

While a sound effect for the wizard getting hurt was in 1.1.1, the wizard has never made any noises when he gets hurt.

Starting with the May 2016 Update, Mini Pekka will shout "PANCAKES!!" when deployed.

The sounds.csv file contains info for all the sounds, including some sounds that are either set to dummy_01.ogg, or are just completely blank.

Unused "Replace Me"/"Not In Use" Cards

In early versions there existed placeholder troop and building cards going by the name "Replace Me" and "Not In Use". These cards usually changed with updates.

Some troop cards have an unused "Tribe" value in their data. It is unknown what these tribes would do, though its possible they could've just been displayed in card info.

There are MANY different (internal) names in Clash Royale.

King of the Hill Arena

An unused csv file for a King of the Hill mode named kingofthehill_arena.csv. Trying to open the file crashes the game, likely due to it calling an arena graphics file that doesn't exist called "level_atlantis_arena.csv". According to the arena's tilemap file, there are no Princess towers and the King tower is replaced by a "dummy" King tower. It has a tilemap file for 1v1 and 2v2.

Changing the language to Korean, a new button shows inside the Shop menu. If you click on it, the Help & Support page opens (inside game) in the sub-page Shop.

The loading screen changed in the Epic Quests update (2.0.0), including a new screen based on Arena Royale.

The Executioner card preview got a complete makeover in 1.8.0. The mask's texture is shinier, the nose is a brighter shade of pink. The expression is slightly more cartoonish, though eyes are now creepier, a new tooth has been added, and the executioner now has a stubble. The axe is redrawn, with it being slightly more to the left and having an extra shade of grey.

The old preview looks like it has some snow and mountains in the background. The new one has a more apocalyptic look to it.

The portrait of the Flying Machine lacked legs at first, but they were added later. The background is different and the firing is more noticeable.

Used to have fire coming out from the top bomb, had a darker background, goggles were shinier, and the second bomb was a lot more visible than the new one. Unfortunately the Original card logo seems to have been removed from the game's files, thus can only be seen in this YouTube video: https://gaming.youtube.com/watch?v=HAB6OPF9EhQ

Originally had an orange background, with yellow feathers on the arrows, but now has red feathers, and a sky background with clouds. Unfortunately the Original card logo seems to have been removed from the game's files, thus can only be seen in this YouTube video: https://gaming.youtube.com/watch?v=HAB6OPF9EhQ