Contra Spirits is a bootleg NES port of Contra 3: The Alien Wars for the SNES. Probably best known for its ending sequence (THEND).

This unused title screen that says "Lanbo Waizhuan" in Chinese (Lanbo being a Chinese approximation of Rambo, and Waizhuan being equivalent to the Japanese Gaiden) may have been leftover from an older build, or it may have been intended to allow the manufacturers to produce copies of the game with an alternate title using the same PCB, in a similar fashion to Aladdin. The game uses the same mapper as Aladdin, which supports this functionality, but it does not seem to have been used. 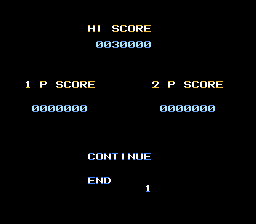 Also, there is an unused continue screen within the tilemap data, never used by any part of the program. 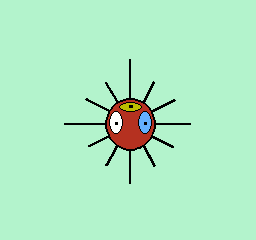 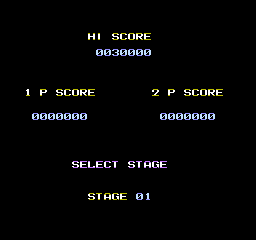 At the stage info and score screen, before the level starts, press A + B + Select. Use Up / Down to select a stage, press Start to begin. 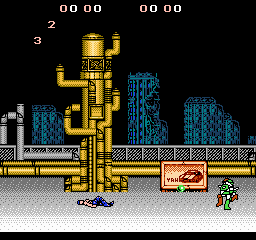 The Game Genie code XVUEKPAV re-enables the in-game debug display. Variables, that is displaying are set up by the different debug functions, which is disabled too, but can be reenabled with more patches. They include player coords display, various helper cheats, etc...