Cool World is based rather loosely on the 1992 movie directed by Ralph Bakshi.

A gravestone. A leftover from The Addams Family.

The end of the ROM has some more leftover graphics from The Addams Family, which isn't that surprising, as both games seem to use the same engine. 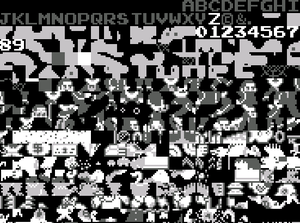 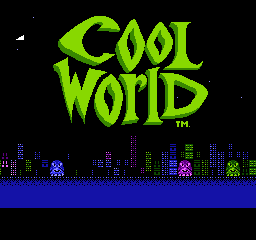 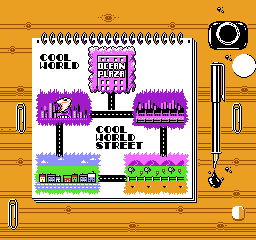 Press A, B, B, A, Left, Right, Left, Right at the title screen, and a triangle will appear at the left upper screen corner of the screen, if done right. Now, you can play the "Ocean Plaza" level, which is otherwise unlocked only after all the pieces of the map have been reassembled.