Custom Robo is a robot fighting game that is the sequel to Custom Robo V2. 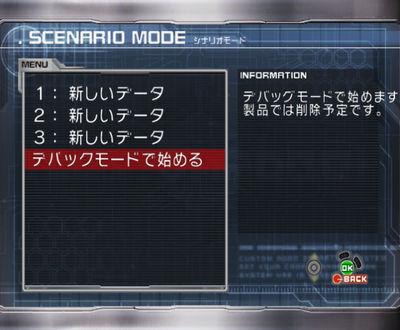 Use the following code to add menu "デバックモードで始める" (Start with Debug Mode). however, It will stop the game. 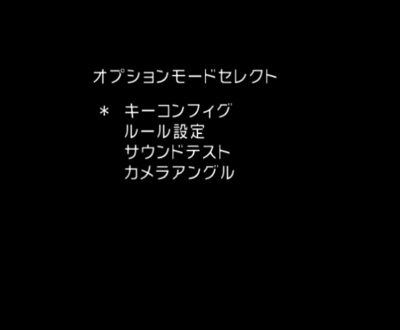 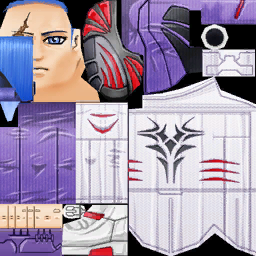 Sergei's texture contains a scar above his right eye. However, Sergei never takes off his mask during gameplay, so this can never be seen. Oddly enough, Sergei doesn't have a scar in the special ending image, which is the only time he can be seen without a mask.

The subtitle Battle Revolution was removed, along with Japanese writing, since it was the first game in the series to be localized outside of Japan.

The opening music has a licensed vocal track Identity -prologue-. It was replaced in the English version.

The Hero wears a long headband in the Japanese version that was removed in the English version. Interestingly, an NPC in the lab refers to it as a "goofy hair ribbon", indicating it may have been removed after the English script was finalized. It also appears in the special ending image.

The sweat drop from the Hero's "uneasy" portrait was removed for the English release.

Harry's "uneasy" portrait underwent the same change as above, and another portrait was redrawn to be less exaggerated.

Bogey "uneasy" portrait was removed for the English release and his lips was redrawn.

In Steel Hearts, alcohol was visible in the Japanese version that was removed in the English version to be replaced by a box, book, cup of coffee, plate or nothing.