DJMax Portable 3 is a rhythm action game, last of the series to be sold on the PSP platform. It added a new way to play using the analog stick.

As happens with most of the old DJMax games, the graphical layouts and animations, use a format nearly identical of Ragnarok Online's ".STR" animation format, renamed to ".VCE" files. In this game however, the background videos are real video files.

Suggesting by the unused image from the song selection screen, it is possible that in some point of production, the song "Just Like That" from the band "Wideband Network" was planned to be playable, or was just used as a placeholder. That same band composed "Armageddon", the song used for the ending staff roll . (Both songs are from the same album, still this is just a guess.) 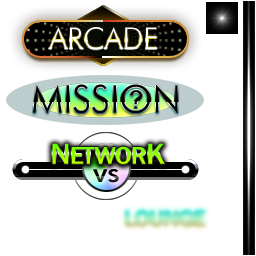 There's no Network Mode in the game.

Like previous PSP games from the series, the keysounds are played in a weird stereo configuration, with one channel having the inverse polarity than the other. This can make the keysounds stand out from the background tracks on headphones, but it comes with a big problem when you use a device with only one speaker (example, in a mobile emulator, or using mono headphones), as the keysounds will be almost completely muted because the two (mostly identical) audio channels will cancel each other out.

As with most DJMAX Portable games in the series after DJMAX Portable International, In the retail version of the game, The game will perform an additional check on the UMD drive to ensure that the game is present. if it is not present, Then after playing the game for a few minutes, the anti-piracy will; Add the crackles to the background music before becoming a distorted high pitched sound, randomize the playback speed of the keysounds and SFX audio, and flicker the graphics list to randomly skip drawing textures. After attempting to change the song one or two times, It will lock up the game. This is completely absent in the PSN versions.