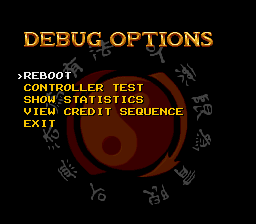 In the Options menu, select the "Difficulty" option, then press L, A, R, R, Y. The above menu will appear, which lets you test several aspects of the game: 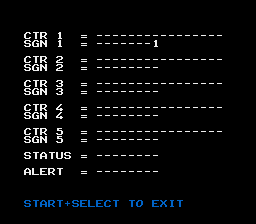 Opens a fairly extensive test screen, which displays what buttons are pressed in every pad, as well as other values, depending on what accessories are connected to the system and their state.

This options displays a screen where you can see the amount of RAM and ROM space the game uses, and the game's build date. 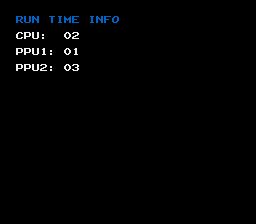 Pressing Select on the above screen shows you the CPU, PPU1 and PPU2 chip versions that your system has, just like The Lion King (SNES).

Additionally, there's text for a MOVIE TEST located at 0x1B818 in the US ROM, however there is no such option present in this menu, which suggests it may have been removed before the game went into production. 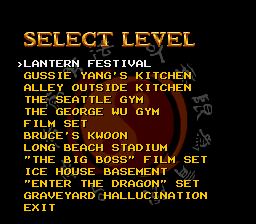 Go into the Options menu, select the "Sound Test" option, then press B, A, R, B, A, R, A. If you entered the code correctly, you'll hear a chime sound. When you start a one player game, you'll be able to select the stage you wish to start in.

The US release had some changes done to the startup screen since it was published by Acclaim. 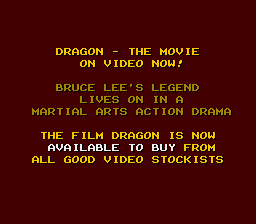 The European release has this additional screen show up before the Virgin Interactive logo, telling folks that the film was available through all good video ... stockists? This message was removed in the US release, but the text is still in the ROM, at 0x13BBF.

The following text is located at 0x13DC1 in a US ROM (text has been edited for clarity):