Etrian Odyssey Untold is a 3DS remake and, to an extent, reimagining of the first game in the series, featuring various improvements over the original. There's also an all new Story mode, which has premade characters, cutscenes and voice acting, compared to the Classic mode in the style of the previous games.

Note: This game uses Shift-JIS encoding for all its text, which includes the usage of full-width Latin characters (ex. Ｄｕｍｍｙ) even in the English version. For the sake of readability, these have been converted to regular ASCII characters for this article.

In the Skilltree directory, there are several files that define the visual layout of each class's Custom screen. Most of the files use the Japanese names for each class; "skt_swordman" for Landsknecht, "skt_cursemaker" for Hexer, and so on. However, the file for the Story mode protagonist's class, Highlander, is called "skt_darkknight". Since the class is still called Highlander in the Japanese version of the game, it's likely that "Dark Knight" was an early name for the class.

Alongside the various used character portraits and tutorial screens, the folder Stex\Npc\Npc in the main archive also contains several rough sketches for some of the story mode characters.

Each of these placeholder portraits has an emotion written on top. In order, they are Worried, Surprised, and Serious.

Two crudely-drawn versions of the protagonist.

Rough versions of the protagonist, and a very basic sketch of Raquna. 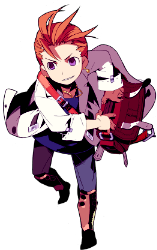 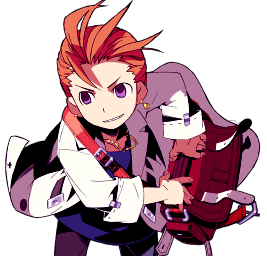 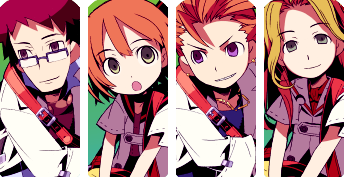 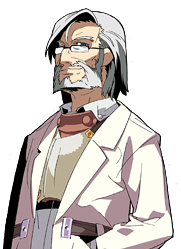 Inside Stex\Npc\Npc is ig_npc_05.stex, a texture for Dr. Hoffman, who was the shopkeeper NPC for Ceft Apothecary in Etrian Odyssey, where you bought healing items and revived dead/petrified party members. Since healing items are now bought at the normal shop and reviving dead/petrified party members is done at the inn, Ceft Apothecary was removed in Untold (aside from a brief mention in a quest). Consequentially, Dr. Hoffman isn't used at all.

This game contains a lot of leftovers from the first 3DS entry in the series, including certain files that already went unused there. All of these files appear to be from the Japanese version of that game, and thus, where applicable, remain in Japanese here. They also often appear mixed in with files used by this game, in the same folders. 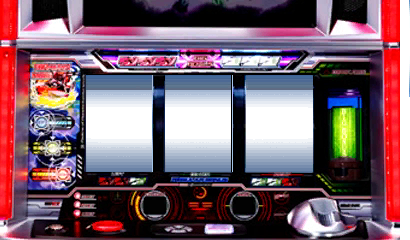 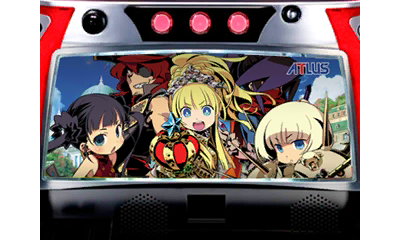 Inside Stex\Camp\BG are ig_cam_bg_u_01.stex and ig_cam_bg_u_01b.stex. These are the menu backgrounds for the Berund Atelier store in Etrian Odyssey IV, and go completely unused in Untold. 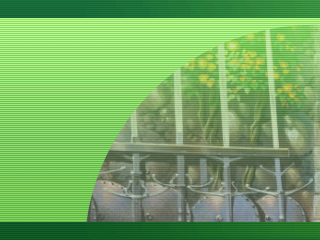 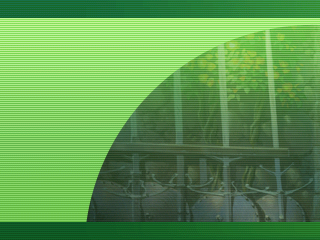 While not available in this game, there are still various leftovers related to the Imperial class from Etrian Odyssey IV. For example, Stex\CharaMake\Chara still holds their graphics for the character creation screen, while Stex\Battle\CharaData and Stex\Camp\Chara_Cam contain their battle and status screen portraits, respectively.

Aside from the aforementioned Imperial class portraits, the battle and status screen folders also retain the portraits of Wufan, Kibagami, Logre, Wiglaf, Kirjonen, and Baldur.

The graphical text from the opening of Etrian Odyssey IV still remains inside Stex\Event\Opening, while many of the graphics used during the ending sequence of that game can still be found in Stex\Event\Ending. 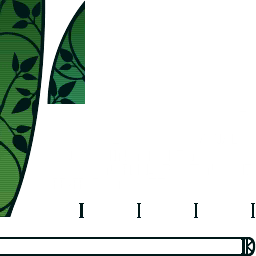 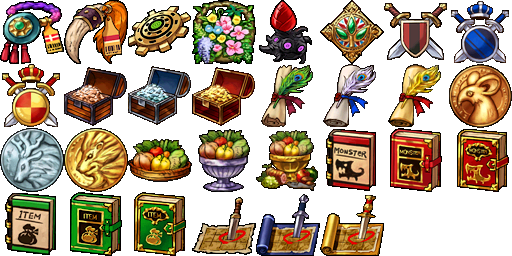 The data tables for Sea Quest items from Etrian Odyssey III and the overworld items from IV can still be found in the Item directory. The data tables are from the Japanese versions of both games, even in the US version of Untold.

Found in the Snd/MOR1R/stream folder is a placeholder song. This music is probably "瀧 vs ANI".