Finding Nemo is a game based on the movie of the same name. The game is exclusively set underwater, but that wasn't always the case.

The game has three playable characters: Nemo, Marlin and Dory. While there are few differences among them, their gameplay styles are nearly identical; they swim around in a 2D or 3D plane. However, the files show that there were going to be more playable characters with completely different gameplay styles who never made it into the final game. The config.txt file shows all of the characters that were planned to be playable. Judging from what can be found in the files, it seems as though Nigel was going to have two gameplay styles: one where he would have been running and jumping and another where he would have been flying. His model is present within the files however at least in the GameCube version, the textures are incomplete showing that he was cut before he was finished and he has a txt file much like the other playable characters:

This is unfinished as Nigel has many more animations that are not listed (dive, glide, grab, idle, jglide) which shows that he was probably cut before they finished making him. Underneath his walk and fly animations are sound effects "thunk" and flap". These were never used in the final game as no other character or enemy walks or flies (as the final is entirely set underwater). Nigel is completely absent in the final game and is never mentioned. It is unknown why he is not present although it could have been due to not being able to get his original actor, time or budget constraints or they may have preferred to focus their full attention on the water aspect of the game rather than have an underwater aspect in the game as well. There is also no model for Nigel in the Xbox version.

Crush was intended to be a playable character although he has less animations and a shorter txt file so he didn't get as far into development as Nigel. Unlike Nigel, he was going to be played underwater and he did make his way into the final game in East Australian Current (although unplayable).

This txt file also has missing animations (idle and surf).

Bubble (not to be confused with "Bubbles") was also intended to be playable as can be seen in the config.txt file although unlike Nigel and Crush, it has no animations. Its txt file is also lacking meaning that it was cut very early on. Bubble is simply a white sphere that looks nothing like any of the Bubbles in the final game or the character "Bubbles". This means that Bubble was likely a test object which may have later become the bubbles used in the final, used to test gameplay very early on in development.

There are multiple levels left in the game's files although the state of them depends on the version. The PlayStation 2 release contain multiple files for each level so they should be fully playable however, nobody has successfully accessed them yet. The Xbox port just has empty files, while The GameCube version only contains the txt files so the levels themselves are unavailable.

This would have been a Nigel level once again however, the txt file is more complete than the other two levels showing that the level made it further into development. This was probably based on the scene in the movie where the seagulls were chasing Nigel.

The sidewalk playtype was never used in any of the final levels (side, in, out and boing are the playtypes in the final) and this was likely the playtype where Nigel would have been running around, jumping.

This was probably a test level used to test collision detection and puzzles. The config.txt file shows that any character could be used in the level. This level is not found in the PS2 or Xbox versions. The model and collision detection are found in the folder for East Australian Current strangely enough while the txt file is found in its own separate folder called test. Unfortunately, the file size for the model is way too big to swap with the other levels (16.3MB) so it is currently inaccessible.

Start contains graphics, however all of the files in the folder are empty. It is completely unknown what this level was supposed to be as a result.

An earlier version of "Submarine" can be found within the files for the submarine level. This version of the level contains less files than the final version of the level although as the level hasn't been accessed yet, it is currently unknown how it differs to the final level. It is the only unused level in the Xbox version that has collision detection and files that are not empty.

Apart from Nigel having a lot of unused animations, Nemo also has a couple of animations listed in a separate sub folder compared to the rest of his animations. swimfast and walk are both present within the files. It is unknown why swimfast was removed, although walk would have been removed for more obvious reasons. Nemo is a fish and has no legs, so it would have made no sense for him to walk. The animation probably exists as it was a simple animation to use to test animation very early on in development.

During the swimfast animation, you can only do it during the level. When you move Nemo you will get an error on it. If you click ok multiple times while moving Nemo, you will see Nemo glitching a bit and moving a tiny bit in a single frame per second.

During the Walk animation, you can still see Nemo moving frame to frame during the error on it, clicking multiple times will allow Nemo to see what his walk animation is.

You can only load this idle animation on the loading screen, as the game crashes if you do it during the levels.

There is also an unused walking animation, which can only be loaded while on the loading screen.

Probably used in the seagull level when you get hit.

There are unused models for the game, including one for the seagull. This model would have been used in the "seagull" level.

The "stuff" folder in the PS2 and Xbox versions contain some unused graphics. 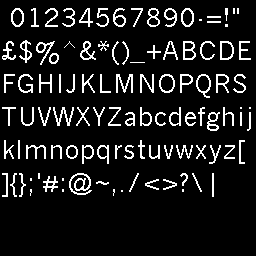 ariel32 is a leftover from Crash Bandicoot: The Wrath of Cortex which was one of the games developed by Traveller's Tales, so it would have probably had the same purpose as in that game.

envtxt is a bunch of random colors.

Spectxtf is a bright light with no clear purpose. Both of these graphics differ from the ones found in Crash TWOC with the same names. The Xbox version also contains oldspectxtf which shows a bunch of grey diamonds separated by black diagonal lines.

particle.raw is a bunch of leftover textures from Crash TWOC, one of the textures which is a stained glass texture featuring Dr. Neo Cortex also appears in LEGO Star Wars: The Video Game which Traveller's Tales also developed, albeit much more darker.

WaterCubemap.dds is an image of the interior of Microsoft's building and is once again a leftover from Crash TWOC.

Intro.xmv can only be found in the US Xbox release. It is actually an unfinished version of the movie's intro taken from a workprint dated January 2003. It was most likely a placeholder that was used before Pixar sent Traveller's Tales all of the finalized movie clips for the game's cutscenes.

mfbout.cut can be found in all versions. It is a cutscene in Minefield where Marlin, Dory and Bruce swim around. The animations in the cutscene are incomplete as the characters do not move their mouths when they should be speaking. There is also no audio file for the cutscene.

Present only in the GameCube and Xbox ports is the placeholder voice file audio\english\gts_intr. It has two developers role-playing Nemo and Marlin for the “Going to School” level.

Config.txt shows all of the gameplay styles that were planned to be in the final game. Side, in, out and boing were all used in the final game but many other styles are listed. "Default" is listed to have direction controls. You can move left, right, forwards or backwards but not up or down. This mode is used in any OOB areas. "sidewalk” shows the camera from a sideview (Was going to be used in the Nigel levels). "offset" had the camera with a fixed offset from the player. "down" would have had the player travelling down from the y axis. "free" was going to be a free roaming mode where you could swim anywhere (there are too many invisible walls in the final to allow you to do so however so you don't have much freedom). Next to the description for "free", the devs left in the message (aaaaaarrrrrgggghhh.....!!!!) showing that they had a super hard time implementing this mode. Any of these can be added to any of the final levels although as the levels weren't designed for these gameplay modes, the controls can be glitchy for certain modes. The huge abundance of invisible walls makes it difficult to use these modes and you have zero freedom. Even if you do bypass any walls and get out of bounds, the game will put you in "default" control and depending on where you went OOB, there may be no way back. water_based and air_based are also mentioned meaning that the whole level would be designed for out of water or underwater. water_based isn't in the txt file for any level as all levels in the final are water based and air_based can be added to any of the final level's txt files to make the level air based. You can swim above water although once you swim high enough, the game will try and force you into the default playstyle with no way back down in some situations.

Config.txt can be found within the files which explains everything about the game including the playable characters, graphics, gameplay styles, cutscenes, dialogue and much more. This is from the GameCube version. The Xbox version also contains config.txt with a couple of differences such as including the level select code at the start of the text file (for the PS2 version for some reason). It does not appear to be read by the game, as the executables do not reference it and modifying the file has no effect on gameplay.

Throughout the files of the Xbox port are several logs relating to when raw assets were converted to the formats used by the game.

The original 1.00 GameCube version came out in North America and later in Europe. This version suffered from awfully long loading times that could last well over a minute and some sound effects were missing such as the sound when the sea shell counter lands on the ground in the level select after finishing the level with a new high score. These issues were not present in the PS2 and Xbox versions. The 1.01 version came out in NTSC-J regions and the US. This version had drastically shorter load times and all the missing sound effects were added. Despite the revision, the GameCube version was still the worst version as the graphics are significantly worse than the PS2 and Xbox versions since the GC version has a lot less color and is a lot darker in many areas and the framerate would frequently drop quite low.