Football Champ is a typical football / futbol game but for the secret Super Shot system. Plus you can kick the referee down to the ground, so that's pretty fun. 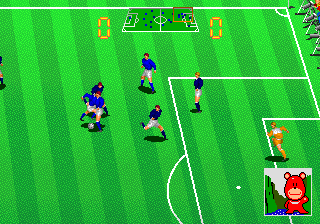 Taito Kumagaya Laboratory developed this game; the proof of this is a hidden company logo in the attract mode. To see it, wait for the demo to start playing, press 1P Button 1 32 times, then wait 60 frames. Note that pressing the button before the 60 frames are up will disable this Easter egg. 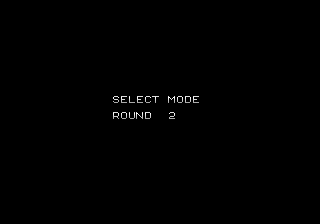 This game uses the Taito Code:

Press 1P Up/Down to select the round, then press any of the 1P buttons to start a new game.

To use any of the debug menus below, you'll have to put this code in MAME's footchmp.xml to bypass the game's built-in ROM check: 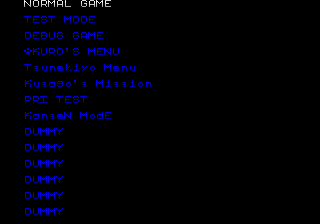 Place the following code in MAME's footchmp.xml cheat file to access an extensive debug menu after the game boots:

Starts a normal game. Who would have thought?

Sends the user to the standard service menu.

This probably should have added special debug commands to the game like in Crime City and Recordbreaker, but all it does at this point is start a normal game.

Leads to a larger debug menu (see below).

Leads to a smaller debug menu (Again, see below). 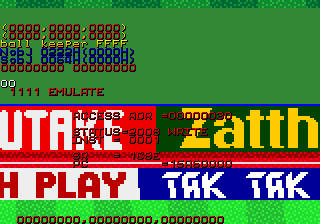 Tries to send the user to a game with several debug features present, but it currently crashes the game with a Line 1111 Emulator error. 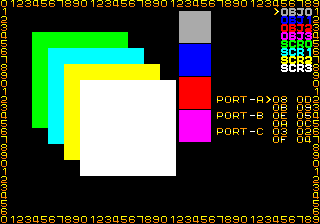 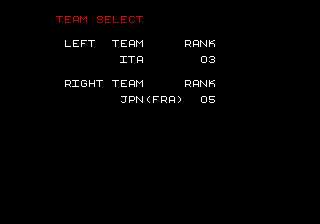 "Kansen" in this case meaning "watching a sports game". 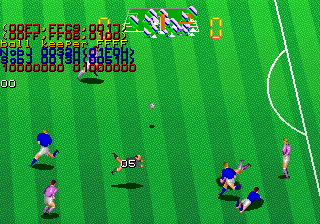 As the name implies, this allows the user to observe two CPU-controlled opponents in a seemingly never-ending game. A few variables are displayed on the upper-left corner of the screen.

Doesn't do anything, you big dummy. You spectacular fool. 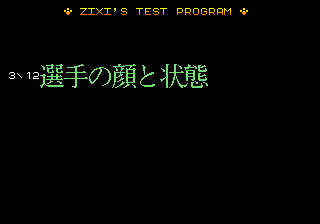 Some features in these tests are mapped to inputs that don't exist on retail machines. Put this code in footchmp.xml to restore some of them:

Controls in blue type below are enabled as a result of the above code. 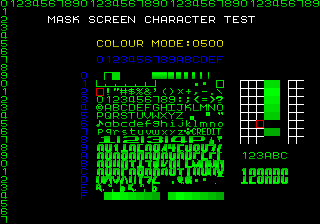 A viewer / editor for the game's character graphics bank. 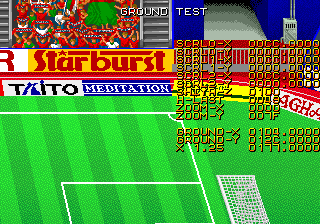 This is basically a map viewer with a zoom function. 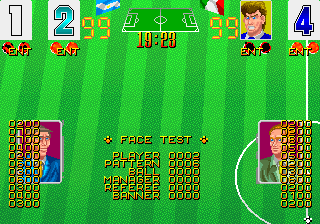 Tests and view the players and managers' graphics and states (emotions), all while the camera moves around the field in a figure eight pattern. Some of this test's features appear to have been gutted from this build of the game. 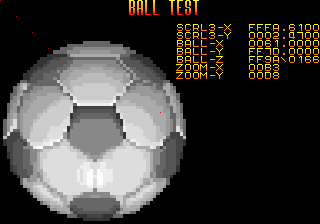 Move and zoom in and out on a rapidly spinning ball. 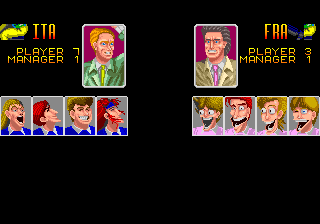 Like the "Players' face and status" test, this lets the user see the players and managers' different emotional states. Unlike said menu, this allows the user to test each team individually. Unfortunately, the country flags are glitched here. 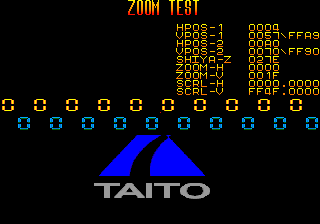 A.k.a. the zoom test, which naturally tests how the game handles zooming in on a static image.

Plays the Taito logo sequence over and over again. What fun! 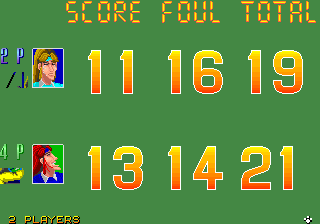 Displays the end-of-match score screen. It defaults to 4 Players, but can be set to 1, 2, or 3 players depending on how many of the 1P and 2P actions buttons are being pressed. Press 1P Start to display a score screen with the appropriate number of players. 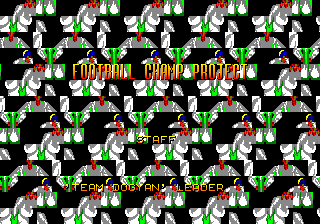 Displays the game's credits (with a glitched background). Press 1P Start to start or reset the credits sequence. 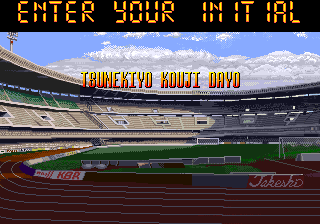 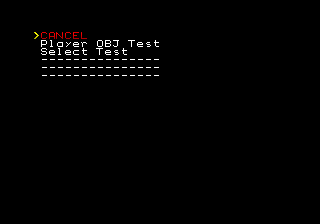 This small sub-menu only has three options at this point.

Exits to the main game. 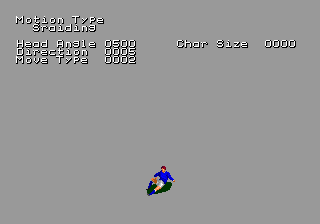 This is actually an animation viewer for the players, referee, and goalkeepers. 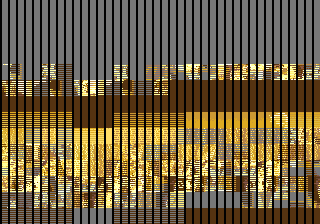 This tests the game's graphics layers...somehow. It's not really clear what it's supposed to be doing, and it doesn't check for user input. 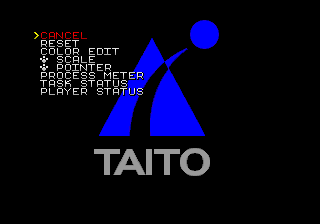 Put this cheat in footchmp.xml and press Tilt to bring up a second debug menu during play. 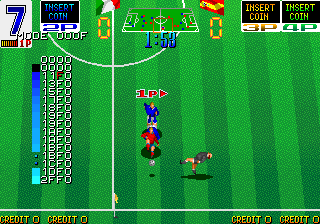 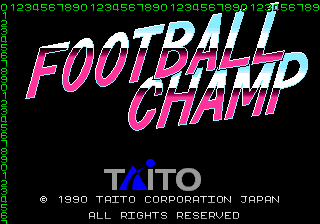 Adds hexadecimal numbers to the top and left sides of the screen. 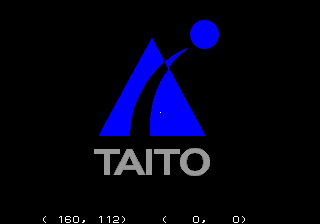 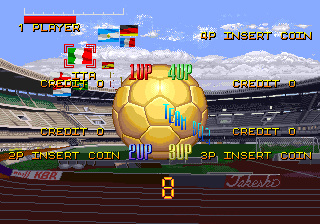 Toggles a CPU usage meter on the upper-left corner of the screen. 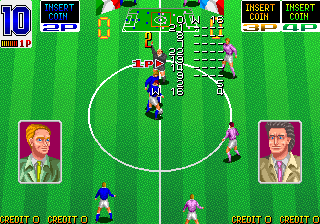 Toggles a task status list on the upper-middle part of the screen. Not much use if you don't know what numbers represent which tasks, but what are you gonna do? 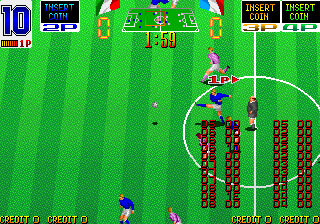 Toggles a list of player stats to the bottom-right corner of the screen.