Harry the Handsome Executive is an interesting platformer for the Mac and one of the more unique titles. Just don't use Quicktime 3.0 or newer using the default instrument set. 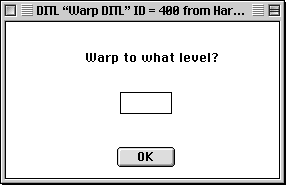 In Ambrosia's games, there is normally a level select or cheat menu available by holding Option and clicking on "(Begin) New Game". However, this does not work here, and instead a prompt with the text "Harry sez: No more cheating!" pops up. It still can be seen using a resource editor.

Strings in the world data are stored as Pascal strings. When a string is overwritten with a shorter string, the extra bytes of the original string are not overwritten, offering a glimpse into what some conversations in the game were like during development. In this section, the red text is from a longer overwritten string and is not visible in-game.

The following messages are present in the world data, but not linked to any sprite:

The following strings are linked to sprites, but their sprites appear only in the inaccessible secret level:

These strings appear in-game, but leftover data from longer strings hints at what they used to say earlier in development.

There are a few STR# resources containing various error strings. These cover cases like QuickTime not being installed properly and other mundane failures. There appear to be several entries in the string table that are unused, since many of them say:

The first entry in one of these resources was probably used for testing the error system. It reads:

There's also a string that presumably would appear if the game is launched on a PowerPC running a surprisingly old version of Mac OS. This is impossible to view normally because System 7.1.2 was the first release to even support the PowerPC architecture. 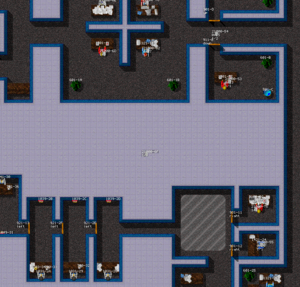 There is a misplaced message object in Level 2 (To The Incinerator), located inside the wall. If activated, it shows message 0, which says 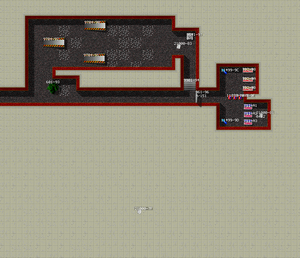 There is a similar misplaced message object in Level 3 (Seekers of the Sun), located inside the wall. It also shows message 0 if activated.

In this section, the maps are rendered with the foreground tiles at 25% opacity to reveal the normally-obscured background tiles. 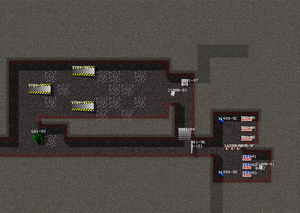 Level 3 has a small shadow hidden behind a wall, implying that the nearby room used to extend further northeast. 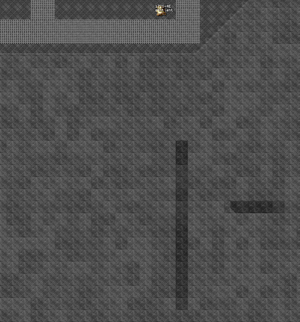 Level 13 has some more hidden shadows, implying the earlier existence of a room in the unused southeast corner of the level. 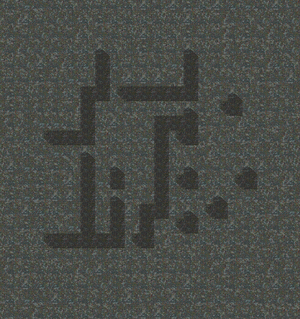 Perhaps the most interesting hidden shadows are on level 12, showing what looks like a few hallways and a room with some pillars in it. 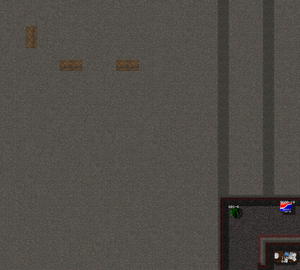 Some levels have more than shadows behind the walls - in level 1, there are three hidden desks northwest of the starting room. Perhaps this level used to be longer, and the player started further north. 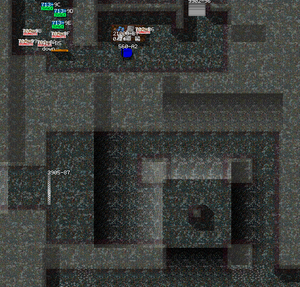 There's another ramp under the north wall of the eastern room that contains lots of ramps. It's likely this room was truncated to make room for the Ambrosia office Easter egg just north of it. 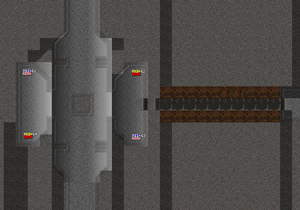 In one place, hidden background tiles are missing when they should exist. The secret passages in level 3 and level 7 are implemented by putting hidden (solid) desks on the background layer behind the (non-solid) foreground wall tiles. In level 7, the leftmost desk tiles are missing from the passage. Harry can carefully squeeze through either gap and navigate through out-of-bounds to either of the level's exits, allowing him to take both blue keys into the next level. 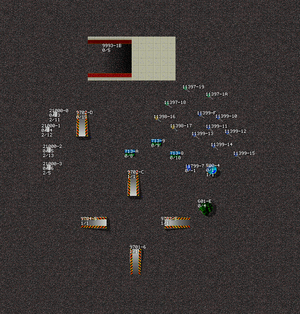 There is an unused, unreachable level with ID -1 titled "Secret Level". It appears to actually be a testing level rather than a secret level; it consists of mostly open space and a few objects - keys, staples, a stapler, notes, ramps, a plant, a water cooler, and an exit.

This track is stored in the game itself rather than in the music file. This can only be heard by altering the Music file itself to replace one of the existing songs with this one.