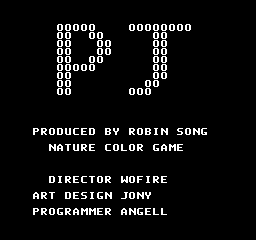 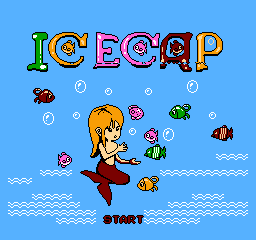 An alternate version of this game exists which replaces the title screen, removes the 2 player option and disables the code to access the credits, but is otherwise identical.