THIS GAMES TAKES A LOT OUT OF YOU TO SAY THE LEAST.

At the title screen, hold L+R on both controllers and one of the below buttons on controller 2, then press the same button on controller 1 to go to the corresponding stage. 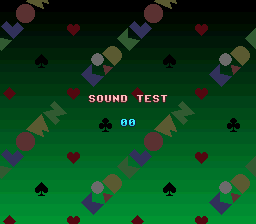 Beat the game, then when the Kemco logo appears during the ending, press and hold L+R until the title screen reappears. A new option called "???" will be added to the title screen. Select it to access the sound test.

The Japanese version's staff roll is different from that of the international versions.