The Bombing Islands is a puzzle game starring Kid Klown. The game was also released on the Nintendo 64 as Charlie Blast's Territory, before the PlayStation original received its international release.

An unused end card featuring characters from the previous game; a version of the same image is unused in that game as well.

The international versions have a dummy music file, DUMMY.DA, which is a copy of T10.DA.

The Japanese version uses the older version of Kemco's logo.

Oddly, the opening and ending cinematics seem to use different assets and camera angles between regions.

The Japanese version includes an extra hint option in the help menu.

The Japanese version includes a bonus song, found in the options menu. 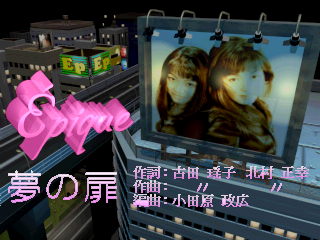