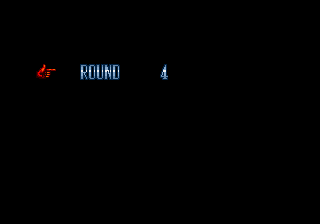 The prototype utilizes "Thriller" fittingly as the song for Round 3 "The Woods" (a graveyard).

"Thriller" was removed as the background music of Round 3 likely due to copyright issues as Michael Jackson wasn't the songwriter for "Thriller". But, possibly as an oversight, stages 3-1, 3-2, 3-3 and 5-3 still played a part of "Thriller" when the special attack was used.

"Thriller" was completely removed as background music and as well as special attack soundclips. It was replaced by "Another Part of Me", except for 3-3, which used "Billie Jean".

Furthermore in Revision 1, a bug allows you to fall through multiple platforms without stopping if you attack mid-fall. This saves time on Caves 4-2 if used. This was fixed in later revisions.

And Round 6 "Michael's Battle Plane" is much more difficult than later revisions.

Multi platform fall through bug was fixed from Revision 1. Furthermore, difficulty of Round 6 "Michael's Battle Plane" was reduced.