In Nancy Drew: Curse of Blackmoor Manor, you take your first trip beyond the US to the UK, to discover the cause behind American newlywed Linda's mysterious behavior, at the behest of her mother. Invariably, you also stumble upon a centuries-old treasure hunt.

About a year later, a version for DVD players was released. 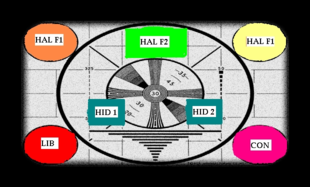 A very crude map of the manor, likely used at the very beginning of development. Abbreviations are for CONservatory, HALlway, HIDden passageway, and LIBrary. The great hall is not labeled, but would appear between the two HID boxes and the HAL row on this map.

There are two versions of the telescope that goes in Nancy's room. The used image is somewhat better lit and shot at a slightly different angle.

The top of Jane's tutoring schedule was originally untarnished, but later given a note by Jane. This allows the player to know what time of day to skip to in order to speak with Jane. 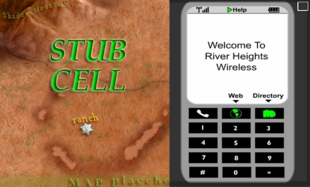 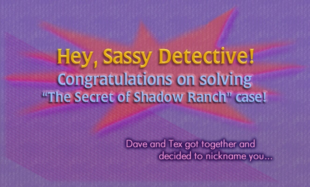 The introduction for your game award (i.e., what specific thing you kept on doing) from the last game. Interestingly, the one actually used in this game is more general, saying nothing at all about Curse of Blackmoor Manor.

Most (if not all) of the actual awards from Secret of Shadow Ranch are present amongst the game's files as well.

These leftover images are from Tex's workshop in Secret of Shadow Ranch. Not shown is a leftover panoramic animation of the workshop, without Tex.

Changing the line in Game.ini from

causes the game to write debugging information to a debug.LOG in the top-level directory of the game (i.e., where Game.ini lies). 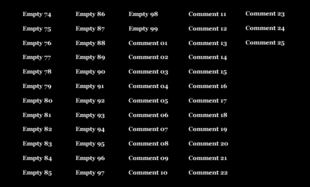 Some debug submenu found amongst the graphics files. The associated hotspot data has yet to be located.