You are a panda...on AN ADVENTURE! Somehow, Hummer Team went from porting bigger platform games to making a simple, small platform game like this.

The bobcat(?) was supposed to have a longer tail in the game. Even when putting the tiles together, the tail doesn't seem to connect properly. It's as if Hummer Team cut part of the tail off early in development and just left the tiles in for it.

Graphics for a publisher known as Rinco. The only known game that was published by Rinco is The Dragon and Panda Adventure was never seen on a cart published by them. Space Shuttle Exploration, another Hummer Team game, has these graphics as well.

Was most likely used with the Rinco graphics above; this sounds similar to a tune played in The Dragon's intro when the Rinco logo is on-screen.

A strange track that's grouped with the rest of the music. It's unknown where this would've been used. 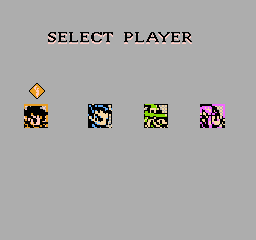 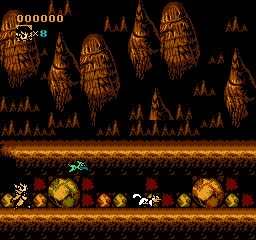 A pretty big hack of Panda Adventure that's based on The Lord of the Rings and uses graphics from Donkey Kong Country 4. However, the rest of the game is pretty much the same. The name of this game was derived from the source code of Super New Year Cart 15-in-1 where on the menu, it goes by such names as "Gorge", "Peace Sea", "The Bridge", and "Green Evil" (although the last three variations start the game on different levels). This is the only known cart that's been found that contains this game. 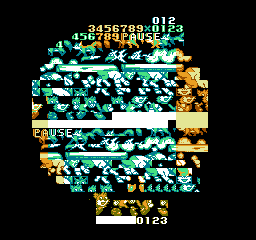 Changing the value under 0007 to 03 makes whatever is left of the title screen appear. The graphics were most likely removed in order to remove any Lord of the Rings references and make more space on the ROM. ABAB's now-defunct website does show a mockup screen of a multicart containing this game which also shows what the title would've looked like. However, this multicart in particular has never been found or documented elsewhere.

There is a lot of unused music in this game. These can be found by changing the value in 0701 to one of the below.

Was originally used in Titenic and Harry's Legend.

Appears on Zechess's ZDog 44-in-1 Plug & Play controller in the Monkey game. It is a cover of the song "Dead Bodies" from Ultima VII.

Appears on Zechess's Samuri 60-in-1 Plug & Play controller in the Cute Heads game.

Appears on Zechess's Samuri 60-in-1 Plug & Play controller as the Star Bank intro.

Appears on Zechess's Samuri 60-in-1 Plug & Play controller during the screen before the game begins. Also used in Hummer Team's Ping Pong game. This is a cover of a default track from Clickteam's The Games Factory, which was also used in slightly modified form in a Windows shareware game called Uz.

Never used in any other Hummer Team game. It is a cover of the song "Aqualung" by Jethro Tull. 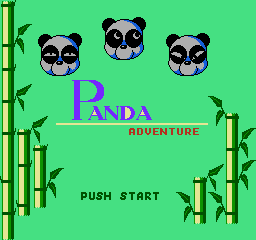 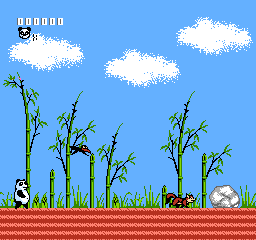 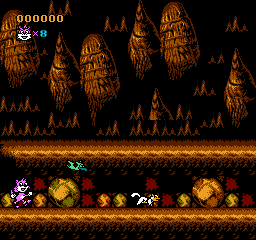 A hack of Rings that appears on the Super New Year Cart 15-in-1. It removes the character select screen and the protagonist is a pink cat called Pink Jelly, who resembles Tails from the Sonic the Hedgehog series. On the cart, it also goes under such names as "Beach Head", "Jungle War", and "Adventure", but these variations make the game start on different levels. This character would reappear in a few Samuri mini-games.