Pizza Game is a joke visual novel except without any funny jokes.

Present in the settings code is an unused variable called preferences.use_censor that, when set to true, censors every usage of "fuck" in the game, voices included. Why this setting went unused is unknown. 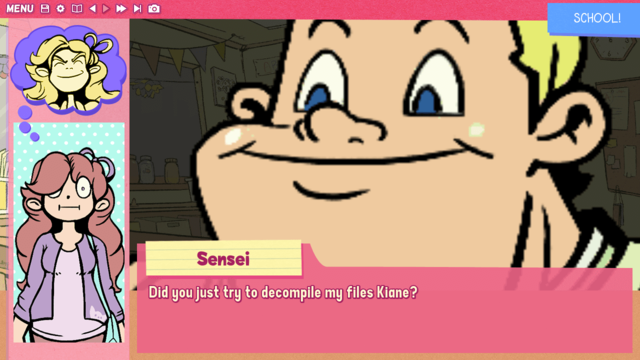 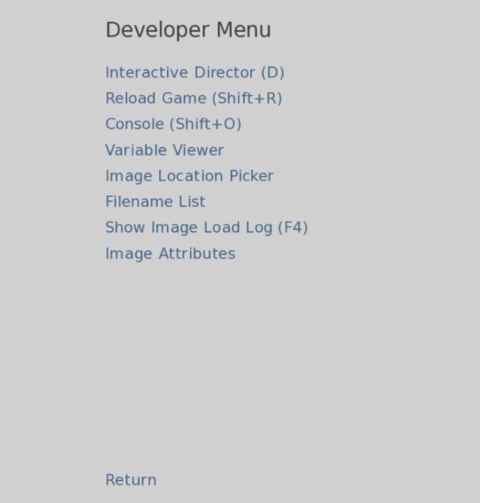 After the game released, JelloApocalypse and the voice actors streamed a Live Launch Party on YouTube. At 41 minutes and 54 into the stream, the Game says that you can press the "d" key to quickly open the options menu. However, when Jello pressed the "d" key, the Dev Menu showed up instead of the options. After accidentally opening the Dev Menu, Jello said that the newest update messed up the hotkeys.

Intended for the unused censorship setting, and are properly loaded if the setting is enabled.

If you open this file in a text editor, the following message can be seen:

This is a reference to Doki Doki Literature Club! and how it also hides secrets in its .chr files.