Doki Doki Literature Club! is a visual novel made using the Ren'py Engine. It was created by Dan Salvato (of Melee 20XX fame) and his studio Team Salvato. Despite its cute look, the bold text the game gives before you start should clue you in on what this game might truly be hiding:

"This game is not suitable for children or those who are easily disturbed."

The game was later (and rather surprisingly) ported to home consoles as Doki Doki Literature Club Plus!, featuring new content and slight modifications to compensate for the different hardware.

Inside the folders of Monika and Sayori are early versions of their in-game sprites. The only real difference (outside of their filesizes) is that Monika's sprite was slightly smaller, and Sayori's was slightly bigger and a few pixels to the left. Yuri has no early portraits, while Natsuki's are just duplicates of her in-game ones.

Inside the folders of Monika, Natsuki, and Sayori are early concept versions of their in-game sprites. Once again, Yuri is lacking any early art. These sketches and the early sprites above were later removed in an update.

Inside the folders of Yuri and Natsuki are unused expressions for their in-game sprites.

This expression was later removed in an update, though oddly Yuri's stayed. 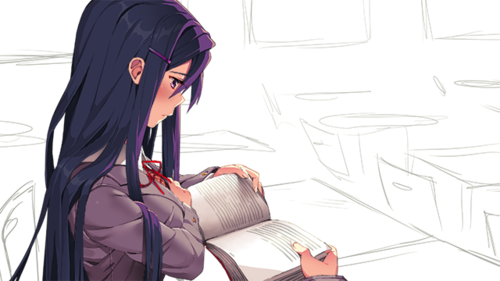 The only file Yuri seems to get to herself in terms of unused art is this file in (oddly enough) the game's menu directory with some transitions, the "Image not found" image for the credits...

...and this unused blue button. Possibly a leftover remnant of an early menu aesthetic. 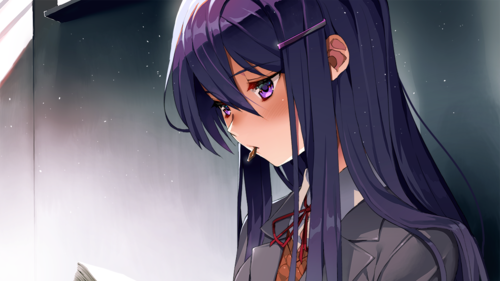 Also hidden in the menu directory is a CG of Yuri that is almost identical to the one used in-game, the only difference being the slightly smaller filesize. 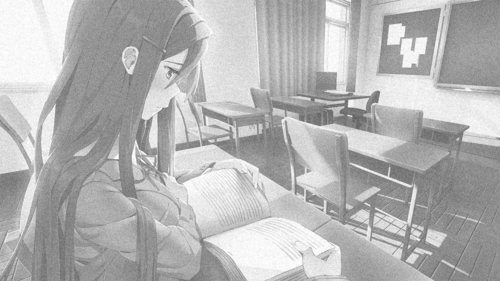 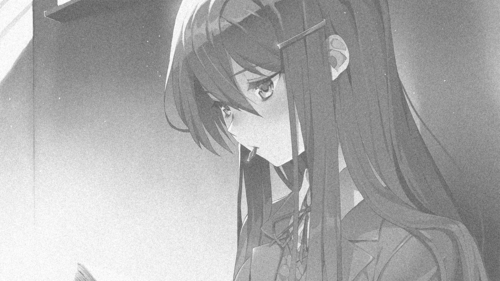 Grayed-out versions of both of Yuri's CGs. Since the player is forced to take her route in Act 2 (and consequently view her CGs), the gray versions go unused.

Two silhouettes, boy.png and girl.png, can be found in _placeholder. They are both included in Ren'Py by default and probably weren't left in for any specific reason. 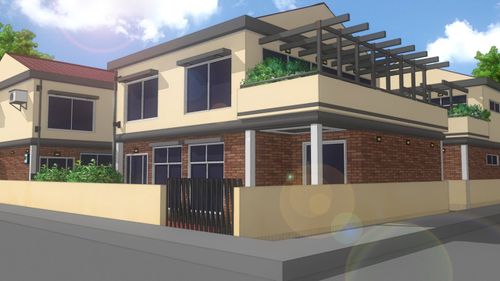 Present in the background files is house, made by DeviantArt user fatelogic. It is likely that this was a placeholder image and a basis for the exterior backgrounds used in the final game.

As detailed under "Revisional Differences", an Easter egg was removed in Version 1.1.1 where if the player tried to quit during Sayori's suicide scene, the "Are you sure you want to quit?" prompt would be distorted and a cropped picture of Sayori would flash rapidly between normal and negative versions. Despite its removal, the images are still in the game's files.

Though Monika can be seen jumping in Act 2's final poem minigame, she is exclusively below the view of the player. Only her bow and some of her hair can be seen under normal circumstances.

In the font files, there is a font named as i lay dying that isn't used in any of the poems in the game. Judging by how it looks, it was most likely meant to be used for the poem "Wheel". 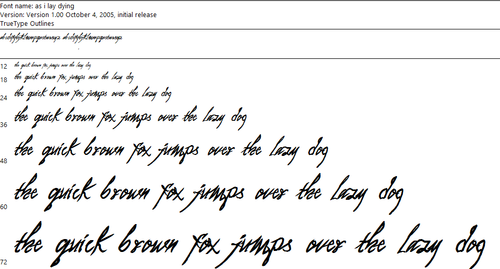 There are quite a few hidden Easter eggs in the game, some of which point to something far more dark and sinister than DDLC normally is.

In Act 3, there is an intentionally skipped-over topic in the game's script.

The characters at the end can be combined to create a Base64 string, which when decoded results in the following:

One of the special poems that can be viewed is a mostly blacked-out block of text, with the only visible parts spelling out "nothing is real?" There is in fact text underneath the covered portions, revealing a report or diary entry by an unknown individual:

Each of the files in the game's characters folder can be manipulated to produce either an image or text.

When the file extension is changed to .png, Monika's character file turns into an eerie image of a flaming ring-shaped crack with a black-and-white square in the middle. 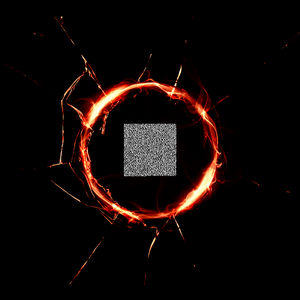 Cropping the square from the middle of the image properly will give you a black and white pixel array that can be decoded into binary text with an online tool. This text is encoded Base64, which when decoded gives the following message:

When the file extension is changed to .jpeg, Natsuki's character file reveals the image below: 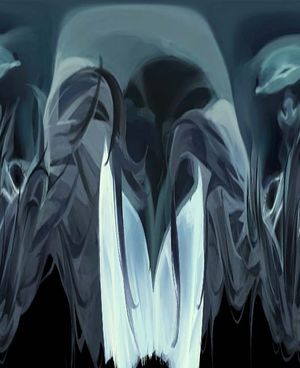 By inverting the color and using the Polar Coordinates filter set to Rectangular to Polar, the image turns into this: 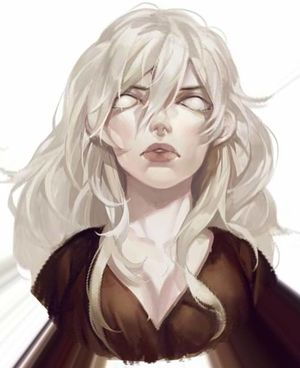 When the file extension is changed to .ogg, Sayori's character file becomes a high-pitch sound that when slowed down does not reveal any voice or identifiable sounds.

When brought into a spectrograph software, this file's purpose becomes very clear - a QR code is revealed that links to a website that seems to have been created only for this game. 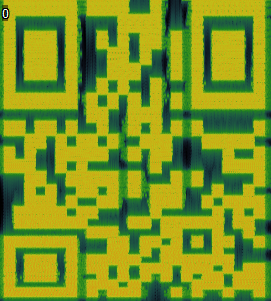 The website seems to have no direct relation to DDLC, and its true purpose is currently unknown. The best link right now is the "XXXXXX" name on the website and the hidden name mentioned (Elyssa) in the "nothing is real" poem (see above) because the symptoms are very similar.

Unlike the others, Yuri's character file does not require any alterations to be decoded. Opening the file in any text editor will reveal an encoded Base64 text string. When decoded, this string translates to a familiar short story/creepypasta that was posted almost two years before the game was announced.

After being asked on Twitter about this, Dan Salvato confirmed that this was a story he wrote and included as an Easter egg. This said, it is likely to be connected to the other three files in some way.