In case you couldn't tell by the name alone, Pocohontos is an unlicensed NES game based on the Disney movie Pocahontas. 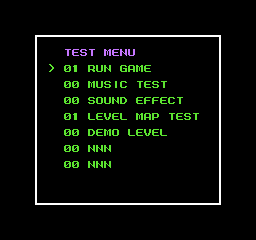 Game Genie codes ZAXEPEXY OAXEZAEA EPXEIAEO YLXAIAZS enable a debug menu after reset. Up and Down move the cursor, while Left and Right change the value. B and A increase and decrease the value by 10, respectively.

Right before the menu opens, a copyright message saying "FC SYSTEM (C) COPYRIGHT" and a blinking string saying "LIBARY READY" (a typo of "LIBRARY READY") will appear for a couple of seconds. There's also "EI-HOW YANG", but it's colored the same as the background.

Functionally, the menu is almost identical to Toy Story and Super Donkey Kong, which were also done by Ei-How Yang. 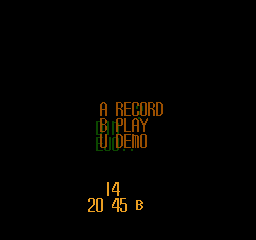 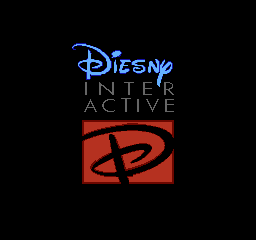 Game Genie codes ZLNZKEYZ GESZXOGK will re-enable a "Diesny Interactive" logo at startup. Why it wasn't used is unknown, but it might have been too provocative.

Oddly enough, the CHR data for this logo contains tiles with the correct "Disney" name, but they aren't used in this tilemap at all. 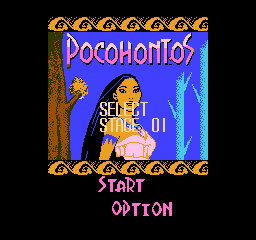 Press A + B + Select + Start before the title screen appears. Use Up / Down to select a stage, and press Start to begin.